Asclepius tattoo means the Savior. In classical literature, the earliest record of Asclepius comes from Homer's epic. In the Iliad, Asclepius and his sons macaon and podalerios are described as "impeccable rescuers". They rule a region in Thessaly, including trica and okalia. They are also the most distinguished doctors in the Trojan battlefield. It can be seen from this that in Homer's epic, Asclepius is only a mortal and a military doctor.

Asclepius saved many lives, including glaucus, the son of Minos. When Asclepius treated glaucus, he killed a snake with a walking stick, then another snake came in and revived the dead snake with the herbal medicine he brought. Inspired by it, Asclepius successfully revived glaucus by feeding him the same herbal medicine. So up to now, the image of Asclepius is always holding a wooden stick wrapped by a snake. The significance of the snake lies in its molting, which has always been considered as a process of recovery and renewal. 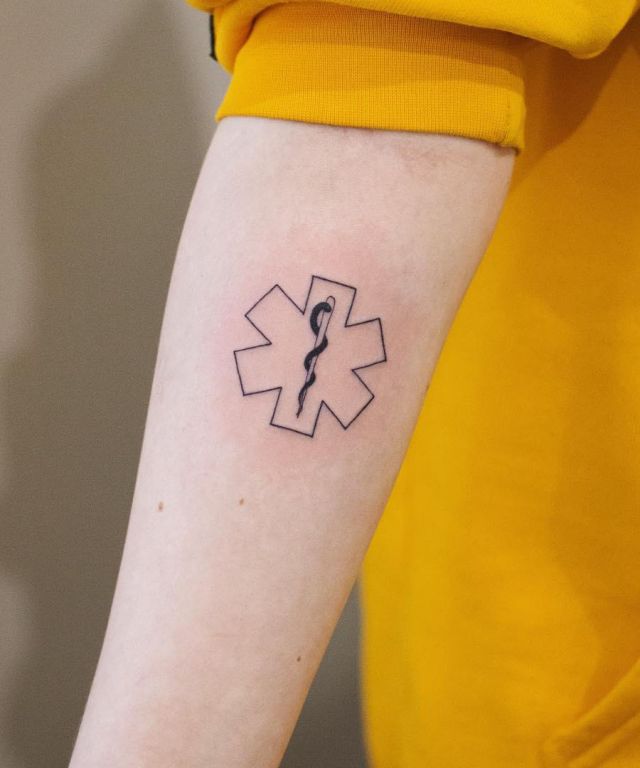