Hermes, the son of Maia, the daughter of Zeus and atlas, is one of the twelve main gods of Olympus in Greece. Caduceus is the scepter of Hermes in Greek mythology. It is a short staff made of gold, wound by two snakes and has a pair of wings. Like its owner Hermes, caduceus is the patron saint of Commerce and also in charge of transportation, trade and transportation. China’s customs agency is based on the caduceus.

Many times, the caduceus is wrongly used in many medical related fields, and even many hospitals, medical institutions or organizations regard it as their own Peugeot. One of the main reasons is the misuse of the US military medical department in 1912, which led to many people’s wrong understanding later. In fact, a single snake stick is the expression of medical treatment and rescue. The symbol of Chinese first aid is a blue six-star bottom with a single snake stick. 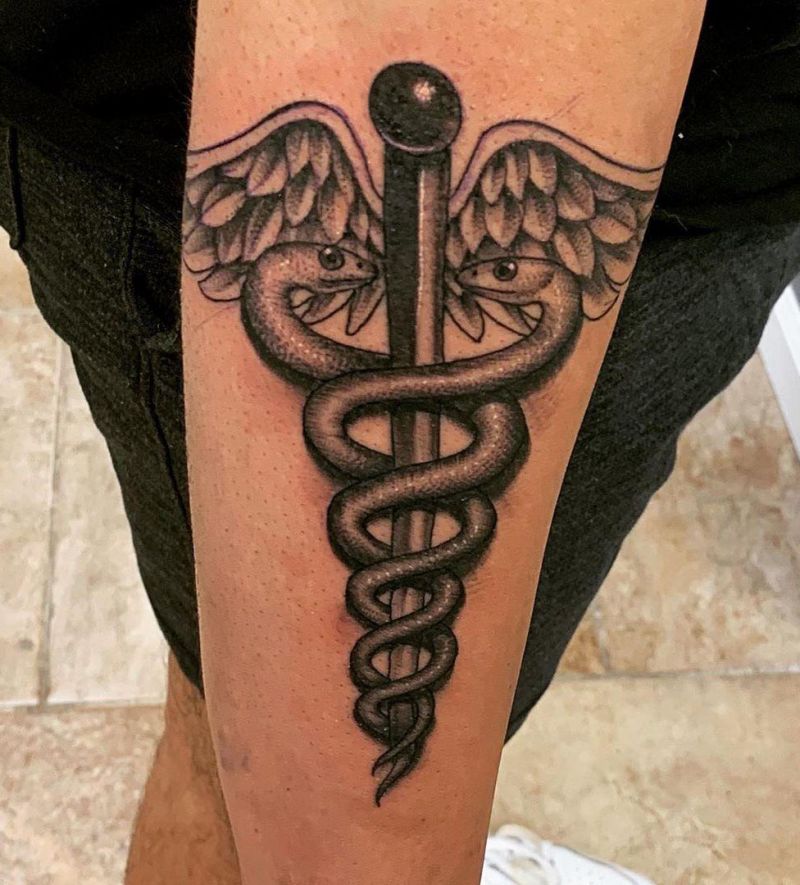