Catwoman tattoo means confidence and wildness. Catwoman is an anti hero of DC Comics in the United States. It first appeared in Batman issue 1 (June 1940) and was jointly created by bill finger and Bob Kane. Catwoman was inspired by a relative of Kane, Ruth steel. As Batman’s enemy, she is an adventurous thief with a whip.

The cat lady’s real name is Selina Kyle. She is a big thief who aims at jewelry, cultural relics and other precious works of art. Her stealing technology is world-class. She can steal the target in all tightly guarded environments and escape from Batman for many times. But sometimes she helps Batman. She is a character who is both righteous and evil, and is also one of Batman’s ambiguous objects. 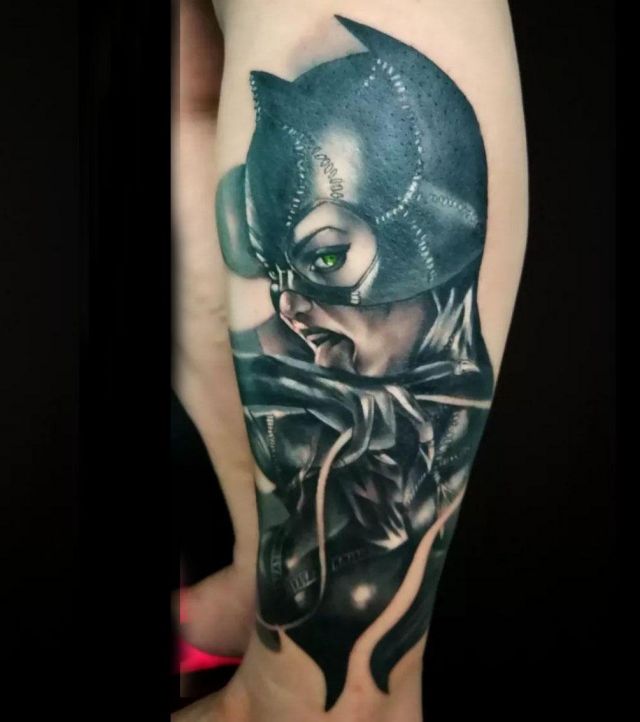