Chameleon is a kind of lizard and a reptile living in the African jungle. It is loved by people because it can change its body color with the change of environment. Chameleon appears in many works of art, as a tattoo pattern is no exception. In western countries, chameleon is a common tattoo design element, but chameleon tattoos are rare in China, because few people understand the symbolic meaning of chameleon.

In Chinese traditional culture, chameleons are generally regarded as lizards. The most familiar thing is the jade Lizard Pendant, from which we can see the symbolic significance of lizards. Lizards often symbolize tenacious vitality and flexible flexibility. Hope, wisdom and wealth are also common symbols of lizards. Therefore, chameleon tattoos have extremely beautiful symbolic significance and belong to a very auspicious tattoo theme.

In western culture, chameleons represent the ability of self-expression. They use their skin as their ability to perceive the world, which is favored by many artists. Chameleon’s adaptability is crucial to the survival of any animal (including human beings). Many people think that chameleon tattoos are a symbol of their ability to adapt to their surrounding environment and personal conditions. Such tattoos can always remind you of your uniqueness. 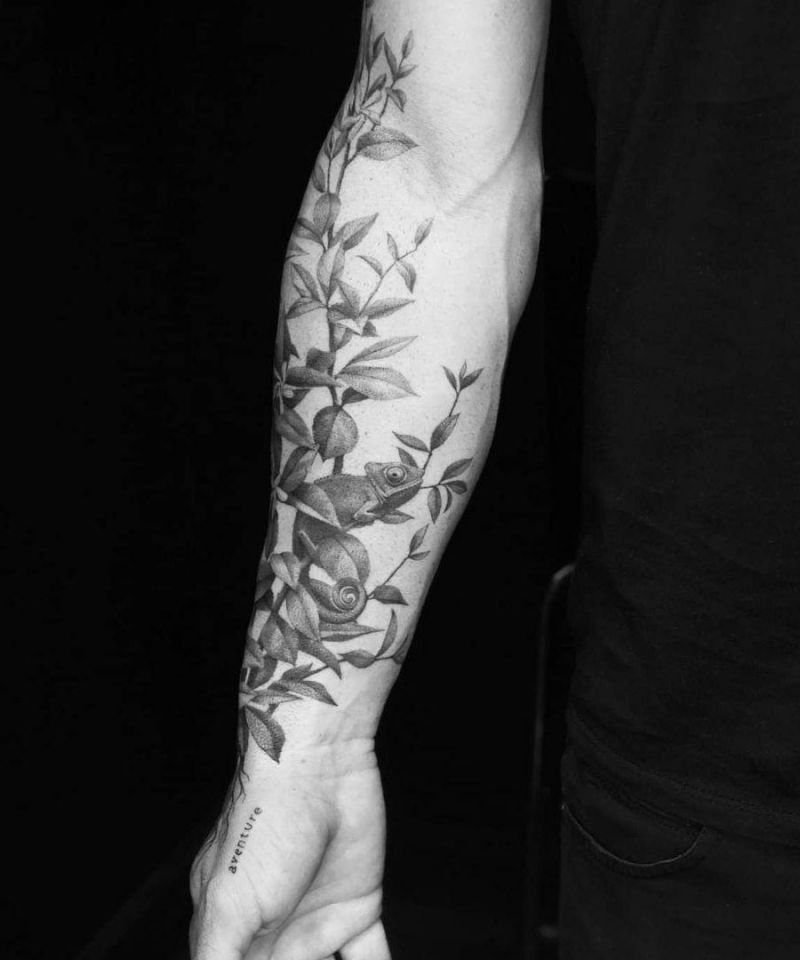