Chevron tattoo means honor and status. In English, the shape of the US military rank is called "chevron", which means V-shaped roof in architecture. From the perspective of heraldry, in the feudal era, Chevron used those knights or other armed personnel who served for the clan leaders as symbols of loyalty and honor.

There is a legend about using chevron sources. It tells how many chevrons a knight wears, which means he has captured several castles, because V represents the roof. Therefore, the more castles captured, the higher the rank of the people. This means that Chevron is used to represent the source of the rank of the army. 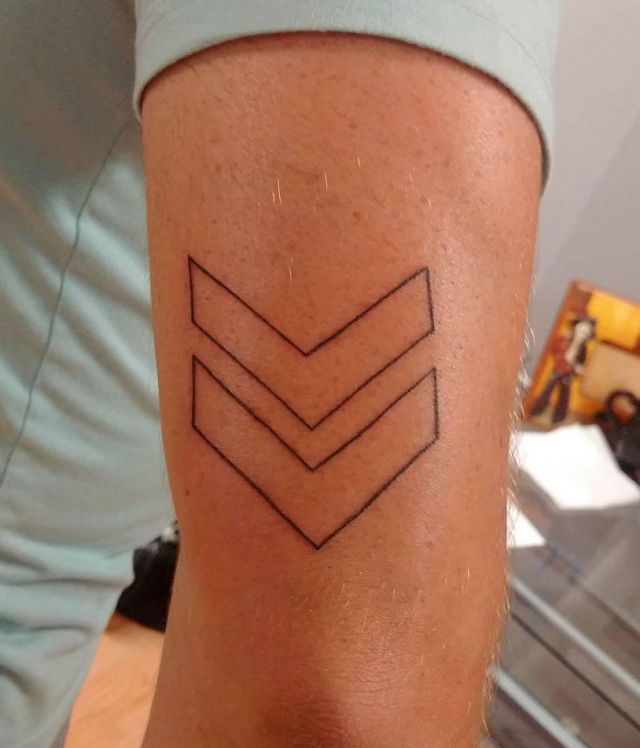