Colorado flag tattoos are very popular. The state of Colorado is most famous for having the highest peak of the Rocky Mountains. The terrain rises abruptly from the plains in the east to the mountains in the west, and the geographical landscape is very magnificent. Denver is the capital and largest city of the state. The metropolitan area of Denver contains more than half of the state’s total population.

The background of the Colorado flag consists of three equal width stripes, the middle of which is white, and the upper and lower stripes are blue. On the left half of the center of the flag, there is a red “C” representing the state name of Colorado, which is covered with a yellow circle. The colors on this flag symbolize the geographical features of Colorado. Blue symbolizes the blue sky of the state, white symbolizes the snow covered mountains, red symbolizes the color of the state’s soil, and yellow symbolizes brilliant sunshine. 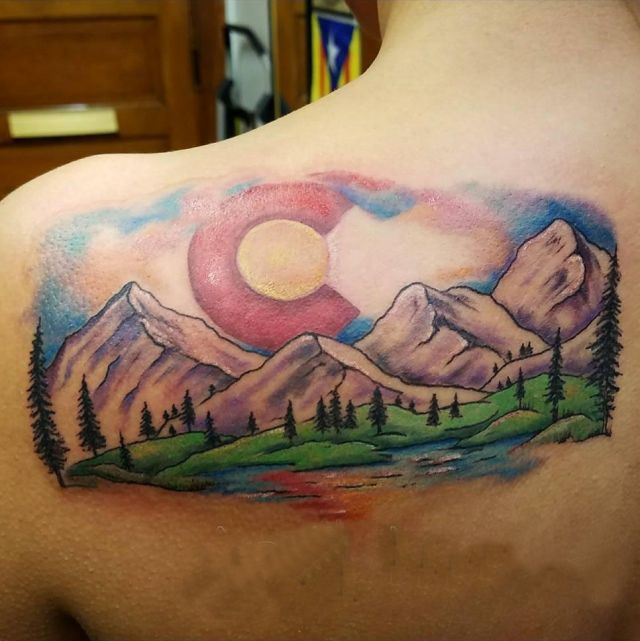