Cuckoo clock tattoo means exquisite and punctual. Cuckoo clock makes black forest famous. At a specific time, a delicate bird will jump out of the clock and make a “cuckoo cuckoo” sound. Almost all clocks that have appeared in film and television dramas or cartoons use the image of cuckoo clock. And this cuckoo clock is the most famous specialty of black forest.

Most people believe that cuckoo clocks are not native to the black forest, but we have to admit that this exquisite item has become an irreplaceable local specialty. It is said that Michael dilger, a watchmaker from the black forest, first got a cuckoo clock from the Gypsies. After returning home, he began to imitate and sell this kind of clock. Because the sales volume was excellent, other merchants followed suit, and cuckoo bell became popular in the black forest area from then on. 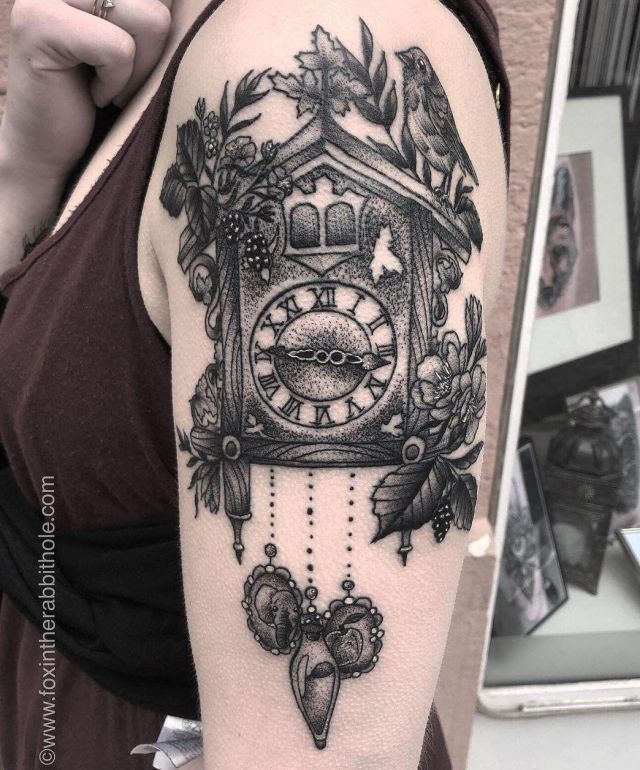