Among the Ojibwa people in North America, there was such a beautiful legend. A long time ago, the local newborn babies were often frightened by demons when they were sleeping. Many babies died because of nightmares. An angel learned about this and began to save them by hand to drive away demons and make them sleep. However, with the increasing number of newborn babies, the number of newborn babies increased In addition, the angel was a little lacking in skills, so she taught the mother of the newborn to weave a dream net. As long as the dream net was hung at the head of the bed, it would stop the devil from coming in, so the dream net has been handed down.

The traditional dream catching net is to weave a circle with branches, wrap it with leather around the circle, and then use ox tendon thread to make a net in the circle. Occasionally, colored beads are worn on the tendon line, and some feathers are hung on one end of the circle with leather. There is a round hole in the middle of the net. It is said that only a good dream can pass through the hole and flow down the feather, while a nightmare will be trapped in the net and disappear with the sun on the next day. 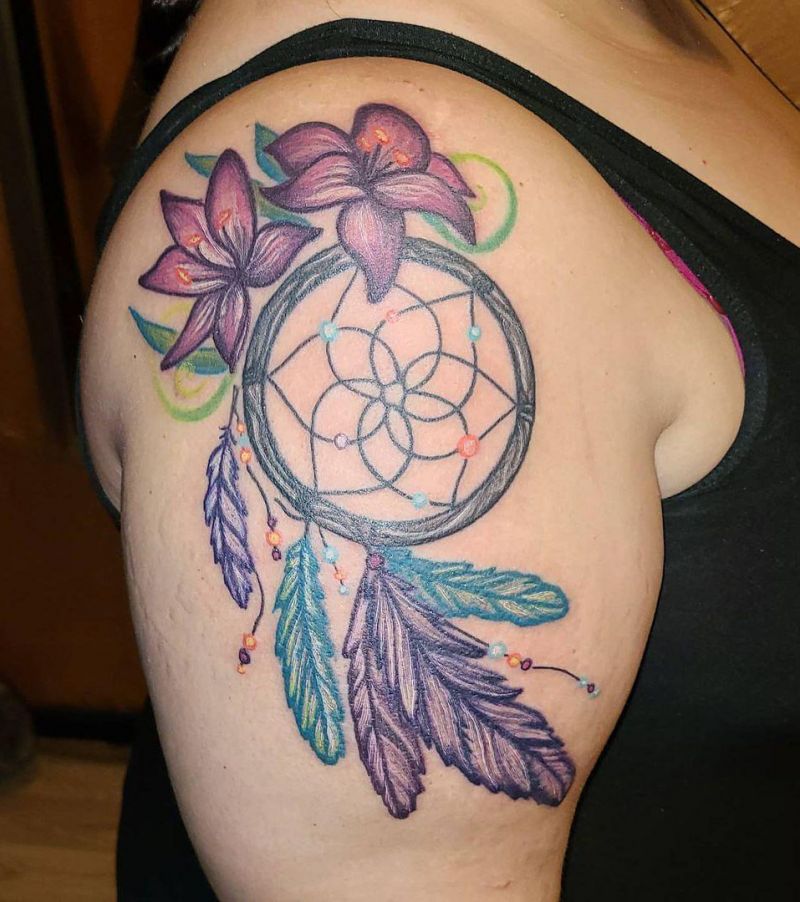