Feather refers to the feather on the body surface of birds, which has the functions of protecting the body, keeping warm and helping to fly. Therefore, in natural symbolism, feathers first have the meaning of part symbolizing the whole, that is, symbolizing birds. When feathers fell in the sky, the ancients always believed that there was a bird flying through the sky above them.

The meaning of feather tattoos is wealth. Birds are beautiful by their feathers. So is wealth. Things outside your body can make you beautiful. Or on behalf of life, like feathers floating in the wind, the fate of people is the same. Floating in the world, like feathers floating between heaven and earth, the pursuit of nature, do not deliberately require is the true meaning. The feather floats, symbolizing the opening of a new life story. 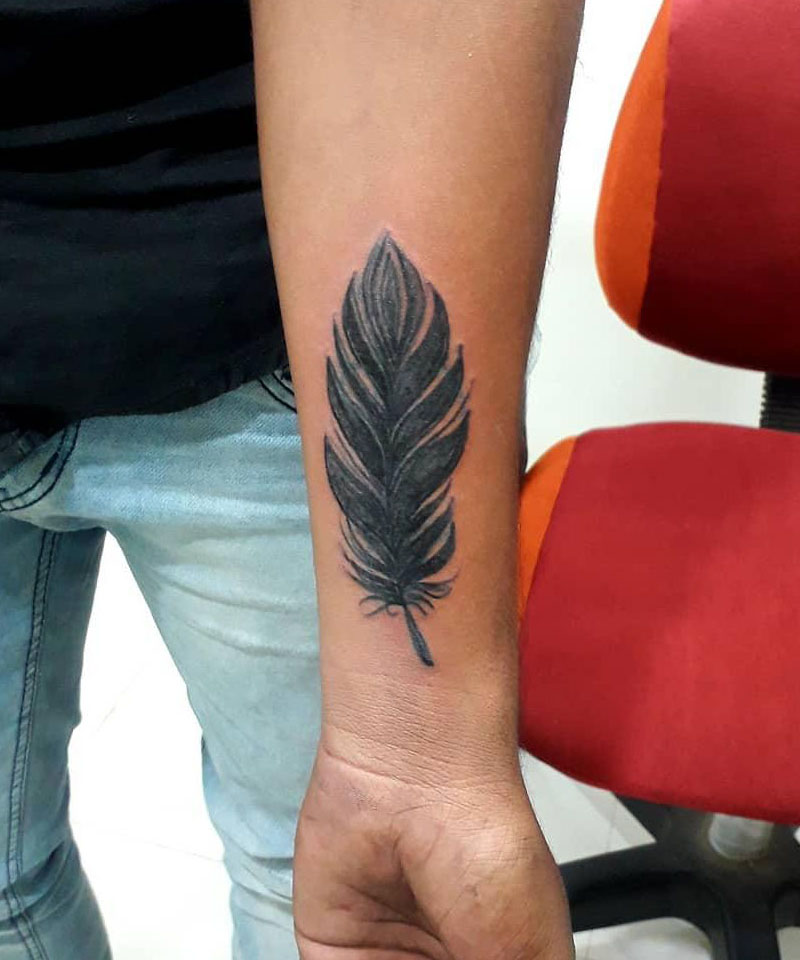