Fig tattoo means implicit, introverted, low-key, silent dedication, rich. Fig is a small deciduous tree of Ficus in Moraceae. It mainly grows in tropical and temperate zone and distributes in Syria, China, Turkey and other places. It’s named after the appearance of fruits but not flowers. The fruit is bulbous. There is a small hole at the tail of Fig. the flower grows in the fruit. There are male flowers near the hole, female flowers at the top far away from the hole and sterile flowers. The pollen is transmitted by fig wasps. 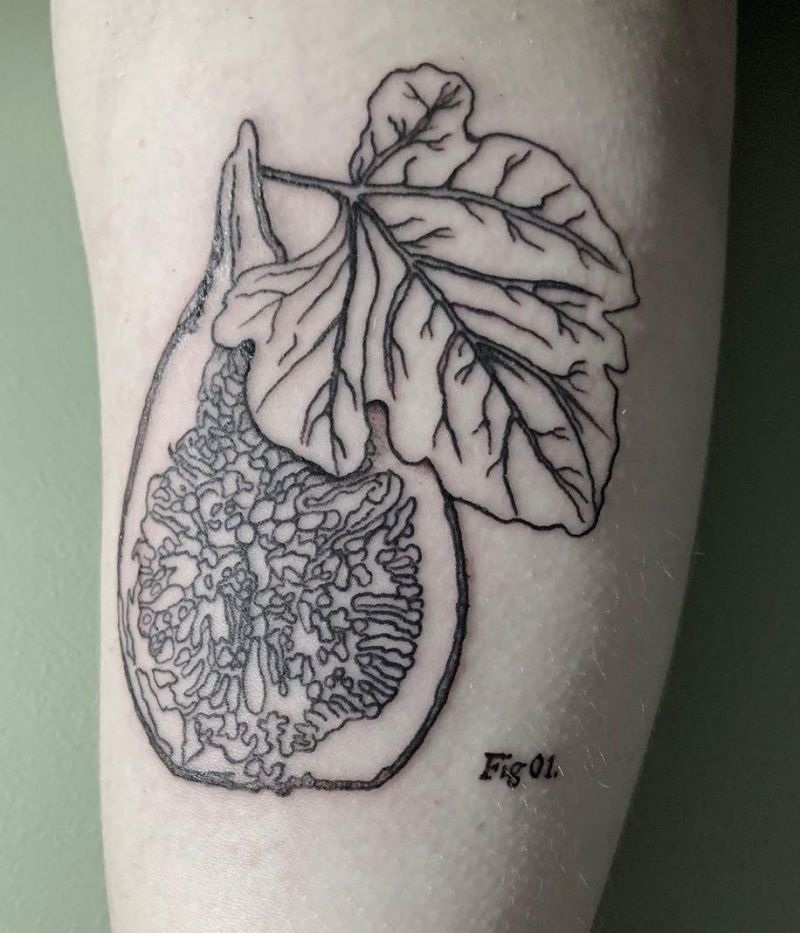