The meaning of fork tattoo is civilization and progress. The invention of the fork is regarded as the symbol of the Western diet entering the civilized era. However, when the fork was first introduced to England, it was opposed by missionaries. They believe that meat and other food are gifts of God for the benefit of mankind. It is arrogant and insulting to God to avoid touching food with fingers.

A missionary in medieval Germany denounced the fork as “the devil’s luxury”, and said, “if God wants us to use this tool, he will not give us fingers.” When forks first entered the upper class society and came to the tables of wealthy families, many kings, including Queen Elizabeth I of England and Louis XIV of France, were still eating with their hands. 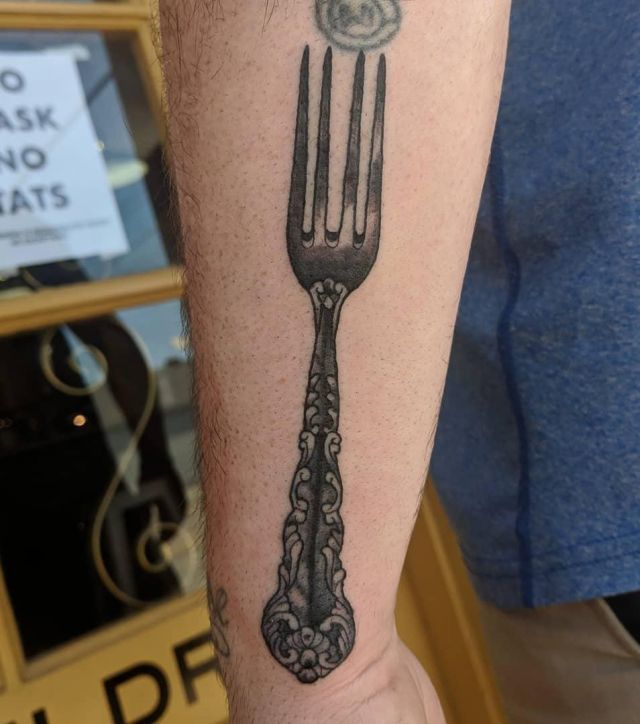