The meaning of French fries tattoo is enjoyment and happiness. French fries, a delicious and satiety food, are the common food of many countries. In addition to salt, they may also be served with ketchup, vinegar, mayonnaise or local specialties. However, the French fries that everyone likes to eat have different names in different places. 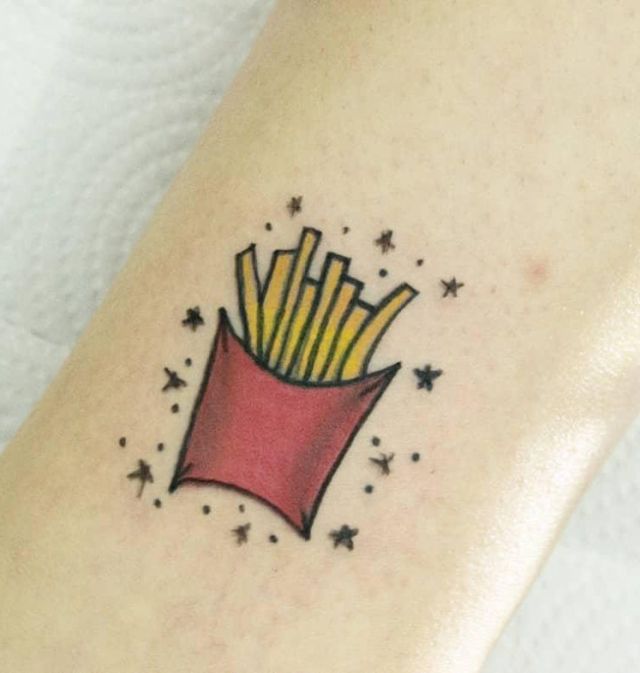