Geisha is a kind of Japanese performing arts profession, which originated in Tokyo and Osaka in the 17th century. At first, all geisha were male. They wandered outside the boundaries of Kyoto, mainly in brothels and casinos, so they performed dance and musical instruments for a living. In the mid-18th century, geisha occupation was gradually replaced by women, and this tradition has been followed up to now.

Japanese tattoo elements, Prajna and Geisha, are absolutely two heavyweight elements, favored by many tattoo lovers. Japanese Geisha tattoos, in fact, are not all prostitutes. They are also symbols of female sexuality and charm. The image of geisha is the most perfect image of women in Japanese men’s fantasy. They have strong moral constraints and exquisite skills. Geisha, with the tenderness and sweetness of women, become the spiritual lovers of Japanese men. 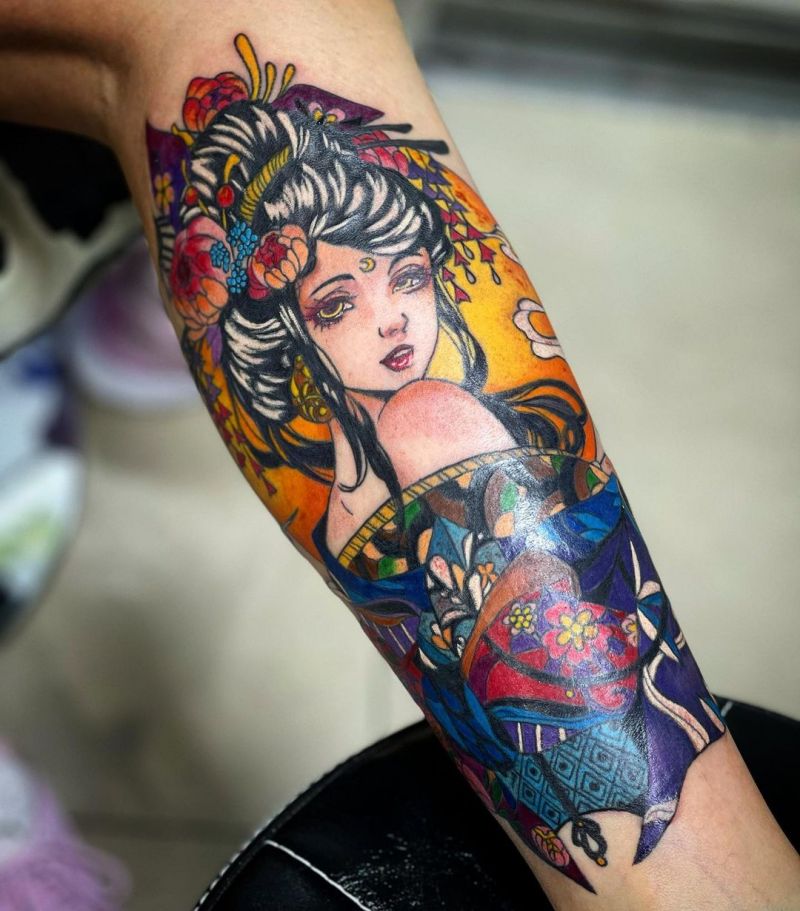