Grim Reaper is a God in ancient Greek mythology, that is, the God of death, living in the underworld. Death often wears a black cloak and holds a huge sickle in his hand. Ruled by Hades, the king of the underworld. In the imagination of ancient people, sleep and death were twin brothers. Hesiod believed that they were children at night and lived in the underworld. They came to the ground from the underworld and approached the people on earth quietly.

In the west, people often call the curved sword a sickle. In Greek mythology, the God Cronus cut off the genitals of his father’s primitive God Uranus with a sickle. Later, the former was defeated by the lightning of his son Zeus, deposed and exiled. The sickle has always been the symbol of Cronus (Saturn). He was regarded as the God of fertility before ancient Greece. Later, people confused his name with the incarnation of time, Cronus. Therefore, the image of Cronus holding a sickle (or a scythe) became a symbol of the passage of time. In this sense, the sickle became a symbol of death, The grim reaper “chose” it as a weapon. 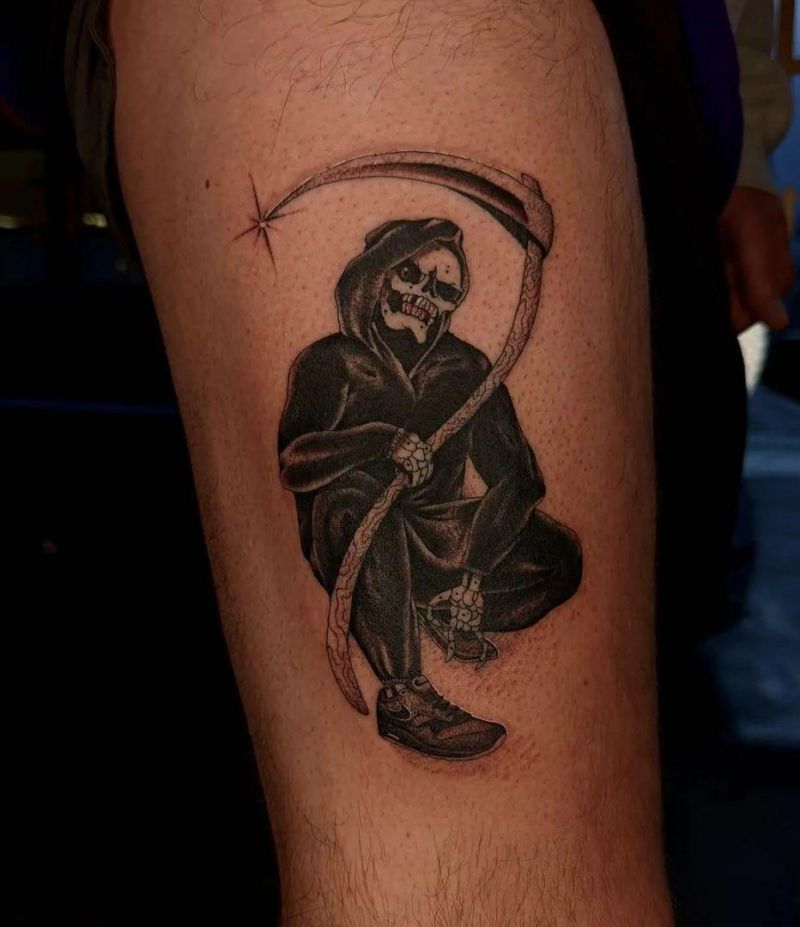