The meaning of gun tattoo is self-protection. As we all know, guns are lethal enough, but they are the best weapons for self-protection. Although it is illegal for individuals to hold guns in China, we can tattoo guns on our bodies. It is not illegal and beautiful. Why not! The gun tattoo looks cool from the appearance, and the gun has the ability of self-defense in reality. People believe that it can protect themselves.

Some people choose some traditional tattoo patterns that can protect themselves, such as Buddha, Guanyin and divine beasts. Now, as people's thoughts are more and more open, their ideas are more and more bold, and tattoos are not limited to one kind of style. If you want a tattoo with the meaning of "Self-protection", but you don't like traditional tattoos, you can't miss gun tattoos. 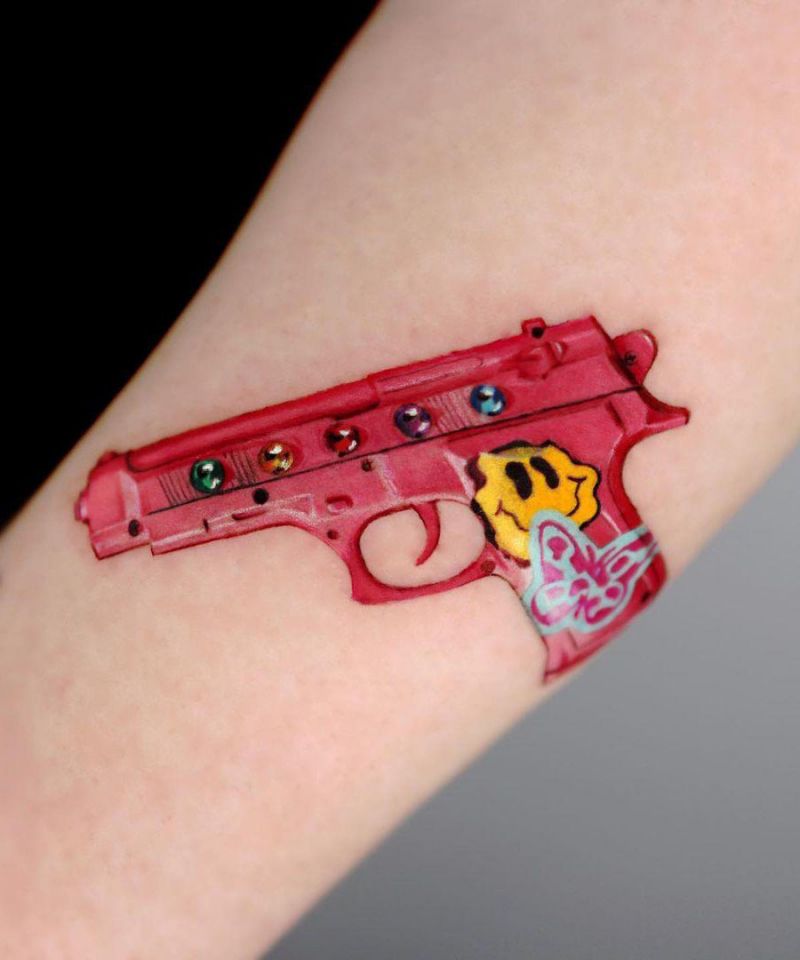