The meaning of hamburger tattoo is to enjoy delicious food. Hamburger is known as one of the five fast food in the west, so how did it originate? Ancient Tatars had the habit of eating raw beef. With the migration of Tatars to the west, it was first introduced into the Balkans, and then to Germany, and gradually changed raw food to cooked food. People in Hamburg, Germany improved it by kneading chopped beef puree in flour, spreading it into a cake, frying and roasting it, so it was called “hamburger patty” because of the place name.

In 1850, German immigrants brought hamburger patty cooking skills to the United States. In 1932, someone sandwiched this fried beef patty into a bun with sesame seeds on the surface as a staple food or snack. Later, it was renovated and gradually merged with the sandwich. The beef patty was sandwiched in a bun divided into two, so it was named hamburger, which means the bread with hamburger beef patty. 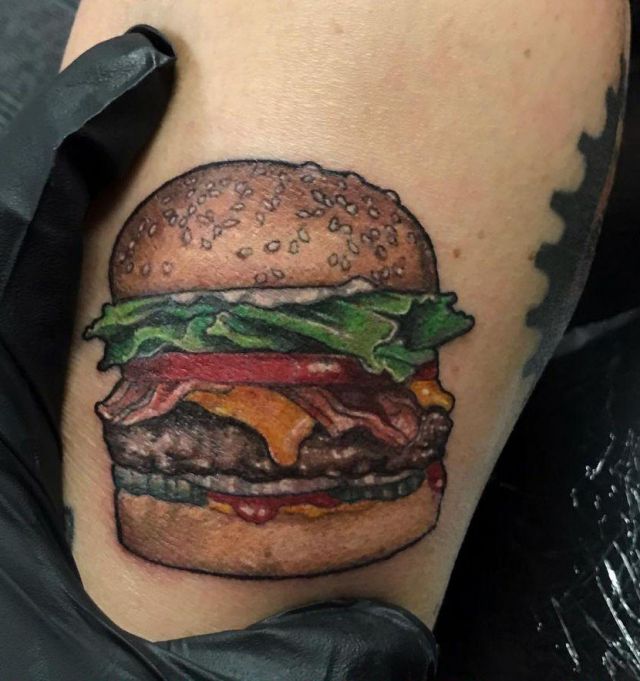