Hulk tattoo is the favorite of many people who like Marvel comics. As we all know, in the film, because Dr. Banna was irradiated by gamma rays, his body mutated and produced another personality. When Banna became a hulk, his skin would turn green and his body size would become very huge, like a giant, so many would call Hulk a Green Giant.

In Marvel comics, Hulk has many forms, nearly 20 kinds, and almost every form has a new personality. However, only two forms of Hulk have appeared in Marvel movies, namely, the usual barbaric Hulk form and the green doctor form in couplet 4. 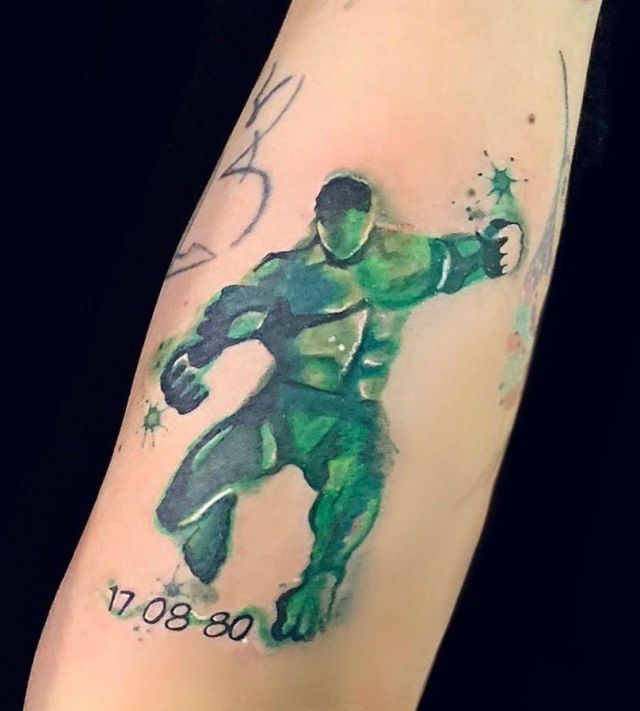