Iris tattoos are very popular. It is said that the name of iris comes from rainbow. A long time ago, a conquered country was avoiding the enemy’s army and had no way to go to a river. At this time, a rainbow rose from the river and the river gradually fell, allowing the king to cross the river and escape the pursuit of the enemy. When the rainbow disappeared, the river was full of iris.

Iris is regarded as the national flower of the French Kingdom and a symbol of light and freedom. Greeks often plant this flower in cemeteries in the hope that people’s souls after death can entrust Alice to bring it back to heaven, which is also the origin of the flower language “messenger of love”. Iris represented “power” and “eloquence” in ancient Egypt. The Israelites generally believe that the yellow iris is the symbol of “gold”, so they have the custom of planting iris in the cemetery, hoping to bring wealth to the afterlife. 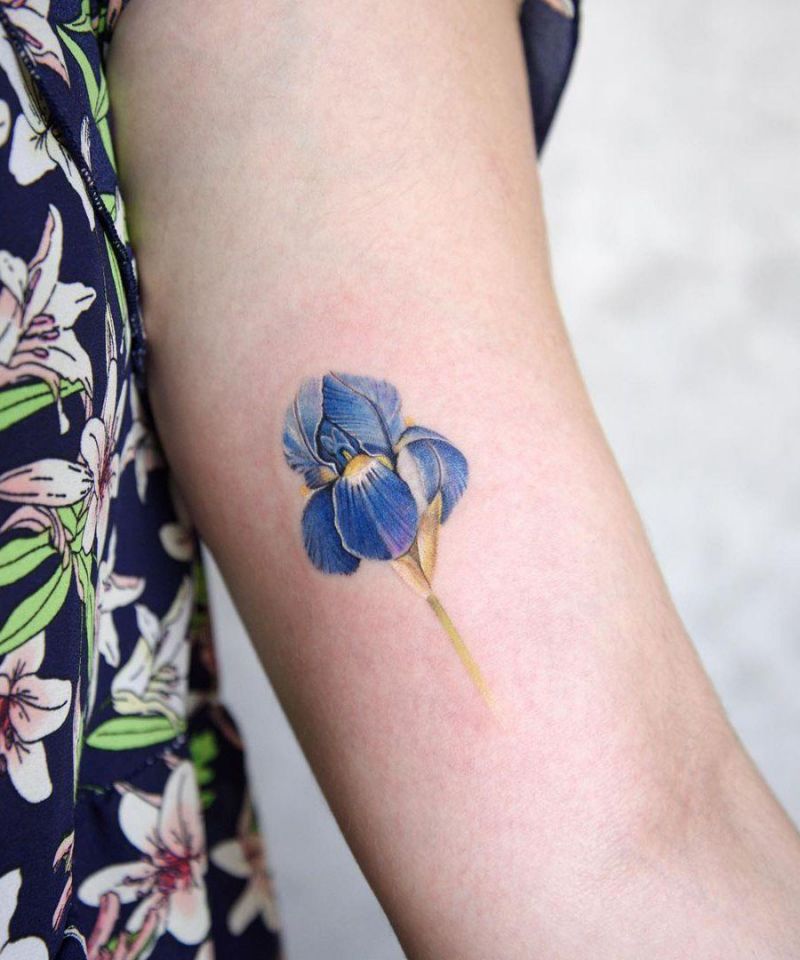