Katana is famous for its beautiful shape as a weapon since ancient times. Many famous swords are collected as art works and contain the symbolic meaning of the soul of samurai. Different from knives in other countries, the biggest feature of Katana is that the knife body itself shows a sense of art in addition to the shape decoration. The pattern of Katana can often be seen in tattoos, because the artistic sense of Katana Tattoo can well express Japan’s samurai culture.

The shape of Katana has changed greatly from the late Ping’an period to the early, middle and late stages of Kamakura, the northern and Southern Dynasties, murmachi, antutaoshan and Jiangjian. It is mainly manifested in the transformation from straight knife to machete. The straight knife is suitable for stabbing and the machete is suitable for cutting. The reason for this transformation is mainly caused by the change of combat style. Since the end of Ping’an, the knives have been continuously improved in order to be suitable for immediate combat. 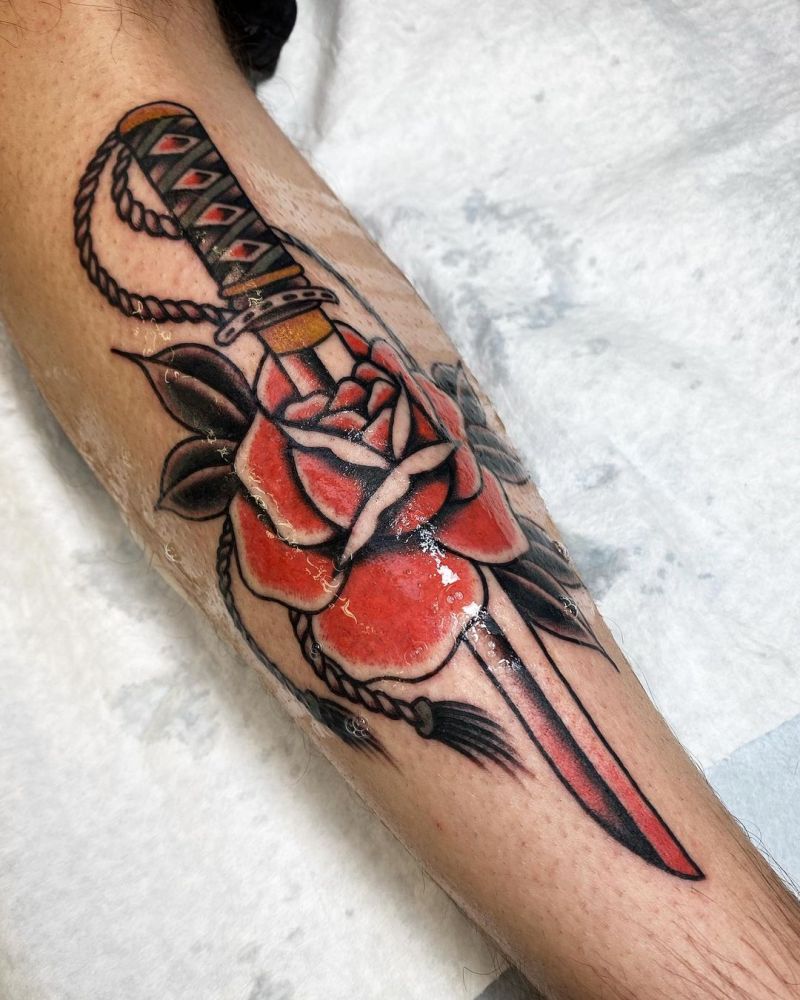