The meaning of King Kong tattoo is bravery and fearlessness. King Kong is one of the classic monster images in the world film history. Since 1933, it has been put on the big screen for many times, and its image has long been popular. King Kong is a huge primate creature, similar in shape to a gorilla, but with a huge body and powerful power.

King Kong is a giant gorilla on the Skeleton Island. Even the ferocious dinosaurs are awed by him. King Kong heard Annie’s scream and fell in love with Annie. However, he was captured by Carl. Later, he made a scene in New York and was shot dead. 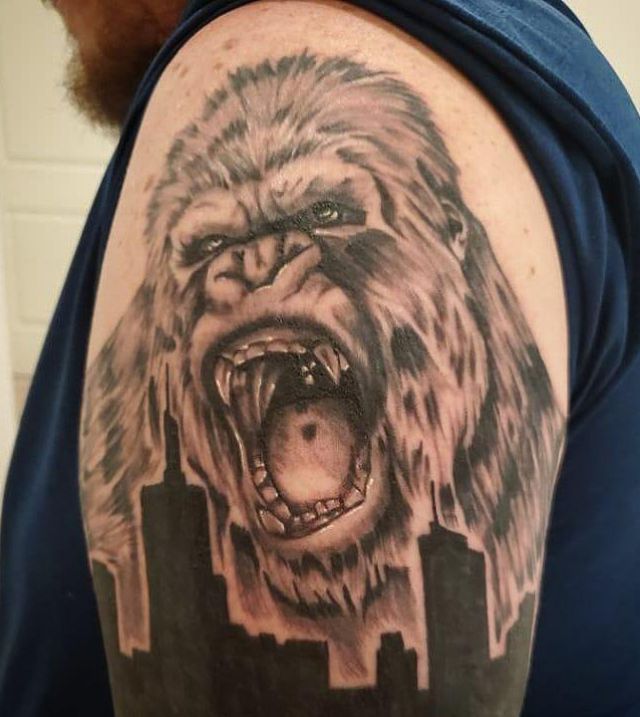