The meaning of Mandrake tattoo is magical magic and amulet. Mandrake has a strong anesthetic effect. It is used as a painkiller or surgical anesthetic. It also seems to have a good reputation as a powerful aphrodisiac. In the middle ages, its roots were dried and used as an amulet or as a talisman for fertility.

Mandrake contains a kind of hallucinogenic ingredient. It makes tea with leaves. After drinking, it is first excited and then becomes dull. Aristotle said in his book sleep that Mandrake can play a role in inducing sleep. In the middle ages, people often used its leaves to make tea, which has the effect of sedation and hypnosis.

Mandrake contains a large number of toxic hallucinogenic ingredients. It is used by wizards as the main ingredient in making medicine, and has evolved into a symbol of witchcraft because of its miraculous efficacy. 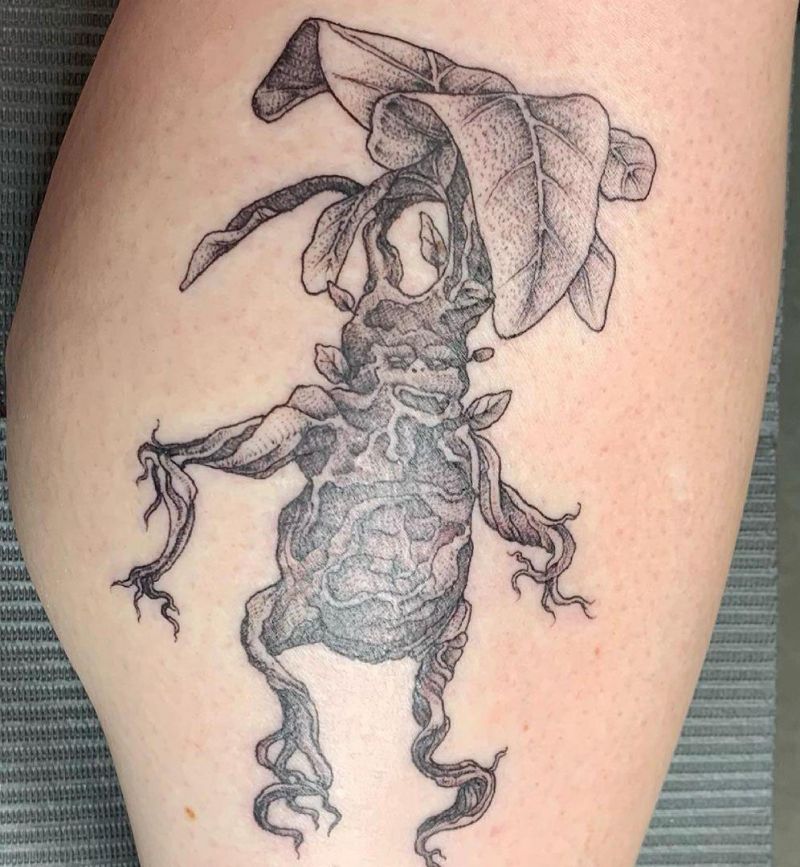