Morse code is a digital communication form. After nearly two centuries of changes, it has been given various meanings in the process of the times. However, with the development of the times, the Morse code was also used in tattoos. Morse code has become a pronoun for the profound and has become a mysterious language for everyone to express themselves. It has become an art and a very symbolic tattoo. Recently, more and more people choose Morse code pattern, and it has become the first choice of many tattooers. 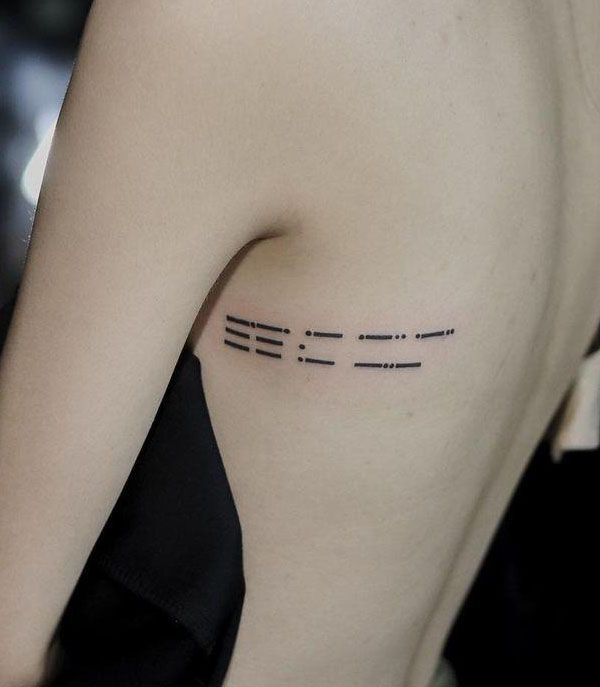