Ouroboros is a symbol handed down from ancient times. It is roughly shown that a snake (or dragon) is swallowing its own tail, resulting in a ring (sometimes displayed in twisted pattern, i.e. the shape of the Arabic numeral “8”), and the name means “self devourer”. This symbol has always had many different symbolic meanings, among which the most accepted ones are “infinity”, “cycle” and so on. In addition, Ouroboros is also a common symbol in religion and mythology, and it is an important emblem in alchemy. In modern times, some psychologists (such as Carl Jung) believe that Ouroboros actually reflects the prototype of human psychology.

The patterns of Ouroboros interweave multiple meanings, and the main symbolic meaning develops from the appearance of the symbol itself. The big snake in the symbol is biting and swallowing its own tail, which is the spiritual embodiment of the concept of cosmic cycle: the reciprocating of construction and destruction, the alternation of life and death. From the perspective of ecology, the snake needs to eat its tail to survive, and its own tail brings it unlimited food, which is another cycle mode of eternal regeneration. 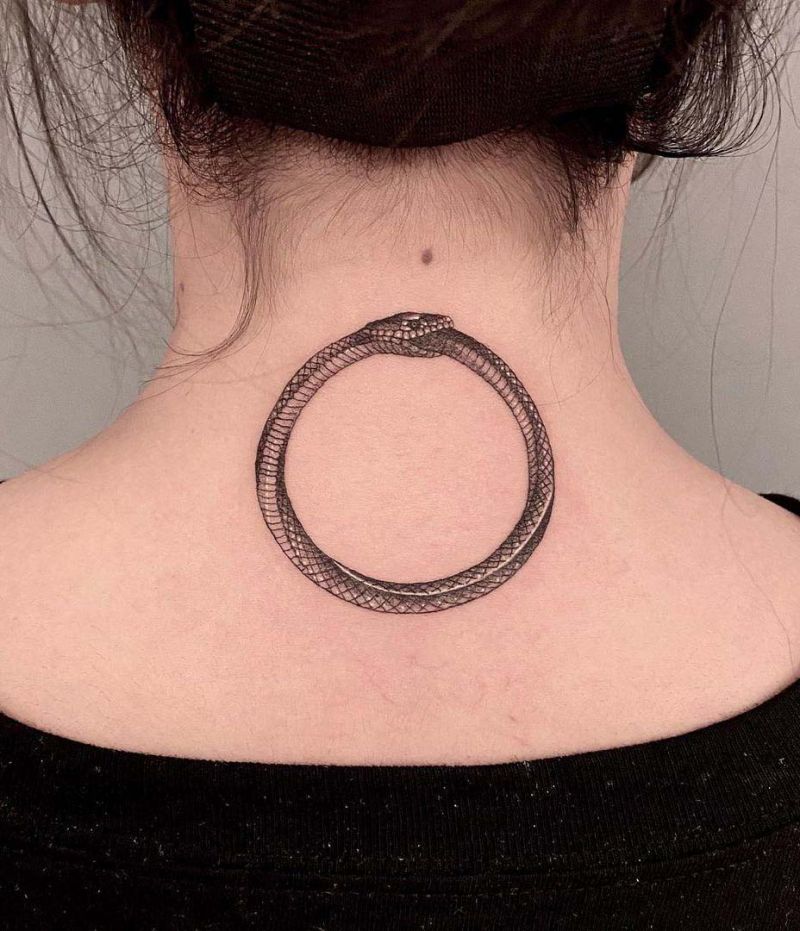