Robin has been a kind of sacred bird in the West. According to the old British legend, its feathers are originally currant. When Jesus was crucified, he flew to Jesus’ ears to sing to relieve Jesus’ pain. The blood on Jesus was dyed on him. Since then, the color of its breast feathers changed to bright red. It is called “bird of God”, monogamy, female and male birds together build nests, representing the happiness of marriage and family. Now come to appreciate the Robin tattoo I carefully selected for you. Each is super beautiful.

Robin is a small songbird distributed in Europe, Western Asia and northern Africa. The English Robin often flies to the gardener to find insects to eat. As for its close relatives in the European continent, it is much wilder than it. No matter where the British settled, they always miss the Robin, so they think about some similar appearance, in fact, they belong to different birds, also known as Robin. 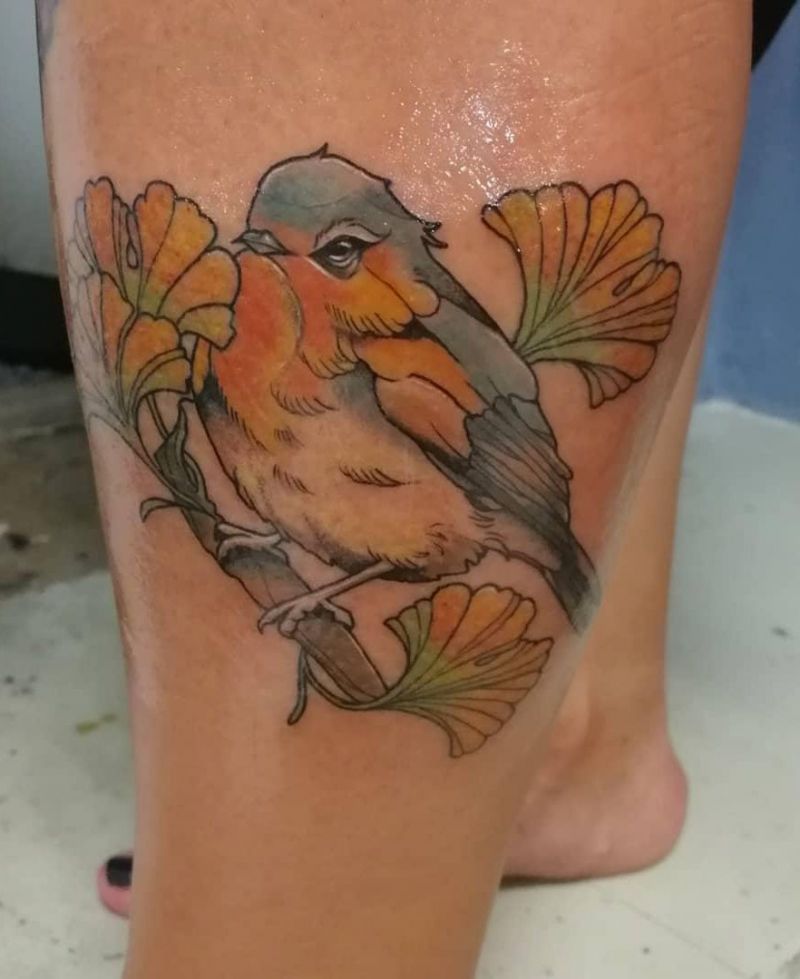