The ship in a bottle tattoo is very popular with many tattooers. In Pirates of the Caribbean 4, Captain Blackbeard Blackbeard grabs many pirate ships and saves them in bottles. Of course, there is Captain Jack’s Black Pearl In the film, the ship in the bottle is still galloping in the wind and waves, which is as attractive as magic.

Ship in a bottle, a traditional craft from the West. It seems impossible to put an exquisite boat into a glass bottle. When I was a child, I once thought that it was to build the ship first, and then build a glass bottle outside the ship In fact, using various tools and techniques, there are many ways to make a boat in a bottle. 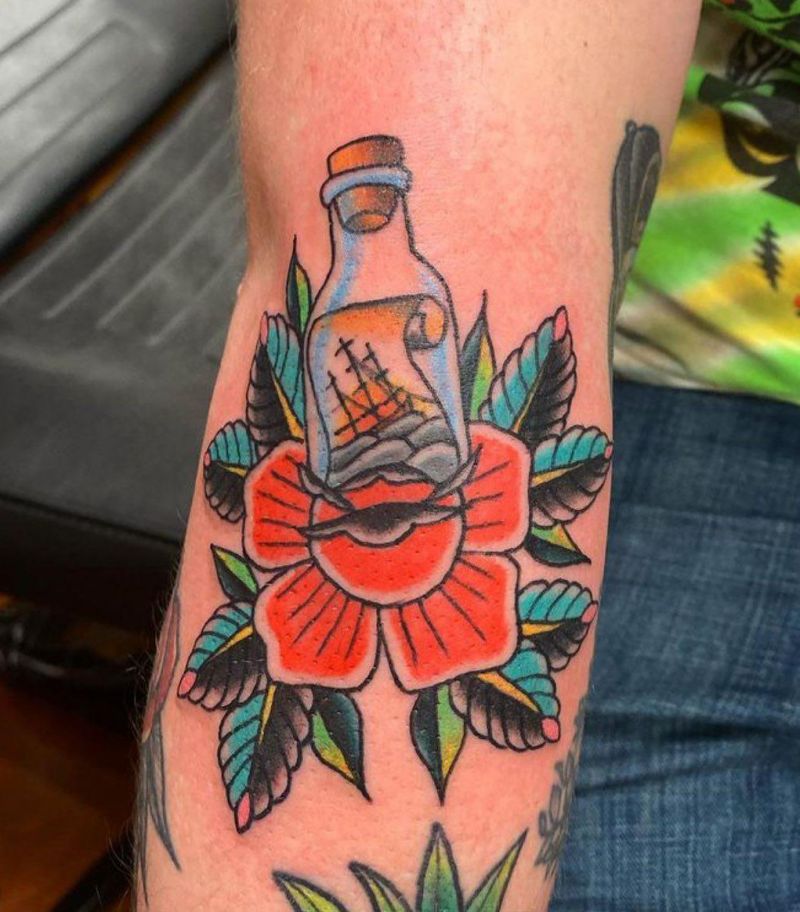