The meaning of Simba tattoo is to endure humiliation and self-improvement. Audiences who have seen the Lion King know that Simba the lion is an impressive animated character who lives on Mount Kilimanjaro in the African steppe since childhood, with his loving father and respected subjects. It has been regarded as the future king of the forest since its birth.

But the road of life is bumpy. Even if the life is superior in childhood, Simba the lion failed to succeed to the throne smoothly. On the contrary, in the face of betrayal, Simba’s aura could not help it at all. For Simba the lion, when he was driven out of the prairie by his uncle Scar, he not only had to learn to be independent, but also learned to make friends with his former subjects. When trying to open the hearts of the small animals who once respected and feared it, Simba learned to endure humiliation and treat people sincerely. 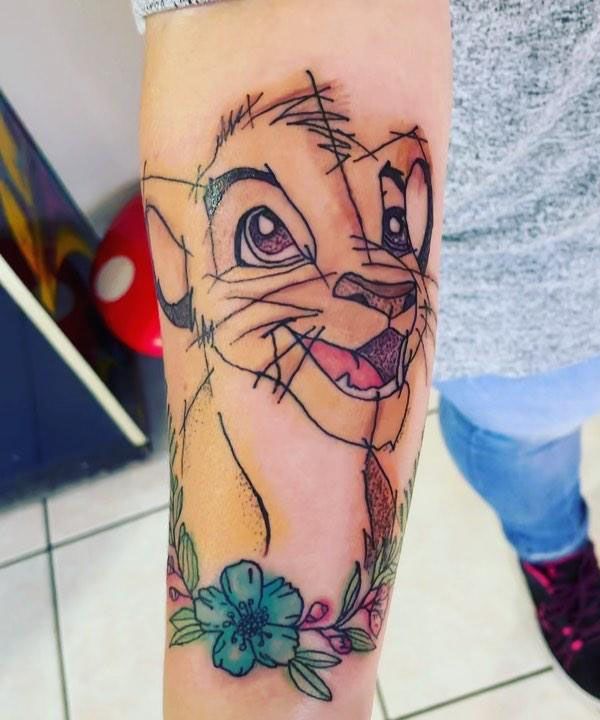