Swallow is a friend of human beings. It mainly feeds on insects such as mosquitoes and flies. It is a well-known beneficial bird. It is loved by human beings because of its petite and clever. Since ancient times, swallows have built nests in houses and had children, which is regarded as an auspicious and blessed thing. Now many people like to tattoo swallows on their bodies. What is its meaning and what are the taboos?

Swallows are migratory birds. They come to the north in spring and return to the south in autumn. They are known as the messengers of spring. Because spring is the season for the recovery of all things, swallows’ tattoos represent hope and beauty. At the same time, swallows fly to nest under the eaves of the same farm every spring, so swallows tattoo also means that they will lose their way and always know the way home. Swallows have always been a symbol of love because they fly in pairs and follow each other sweetly. It is precisely because of this pairing of swallows that lovers yearn for swallows and fly together.

It is said that the earliest swallow tattoo in European countries can be traced back to a ship called “swallow”. The seven crew members of the ship rebelled. In order to recognize each other, they tattooed a swallow on their chest. With the passage of time, the swallow tattoo has become a symbol of rich sailing experience. 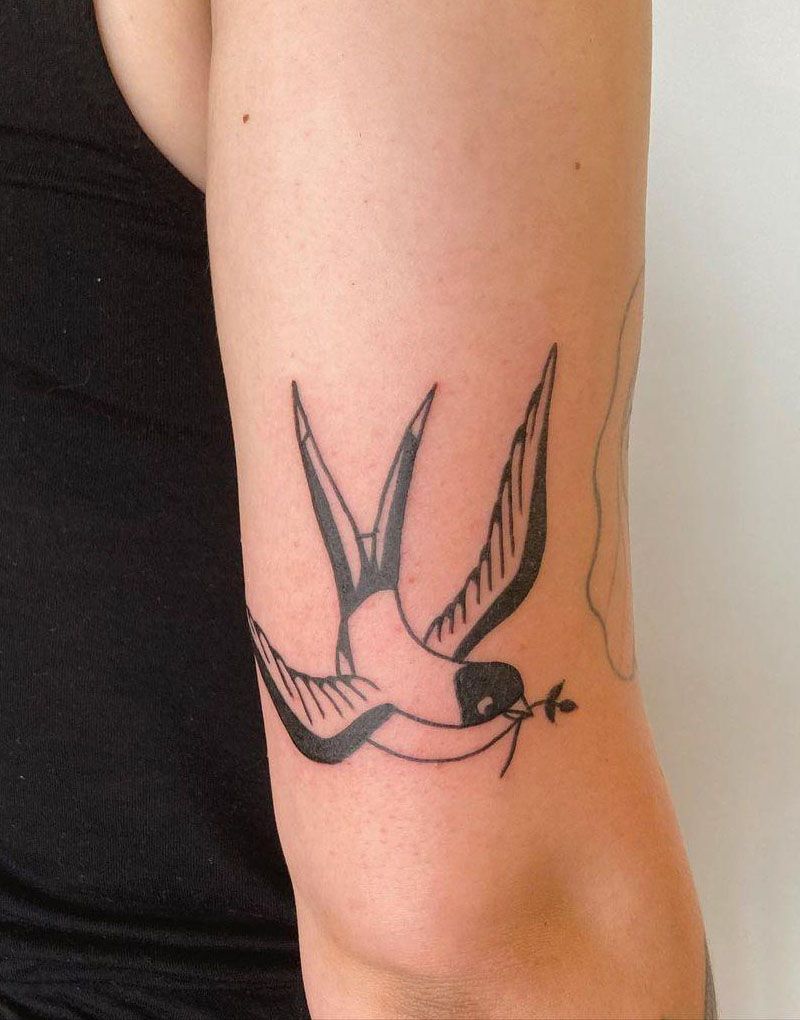