The meaning of Swan tattoo is noble and holy. The eastern and Western cultures in Eurasia regard the white swan as a symbol of purity, loyalty and nobility. In Britain, outstanding poets or singers can be compared with swans. For example, Shakespeare’s nickname is “Avon’s swan”.

There are also images of swans in western music and literature works. There are noble and holy images of swans in Saint Sang’s death of swans and Tchaikovsky’s dance drama Swan Lake. Andersen interprets a moving ugly duckling with the change of swan feather color.

The constellation in the starry sky also has the figure of Swan (Cygnus), which is the incarnation of Zeus in Greek mythology. Many artists have created handed down art works with Leda and swan as the theme. There are many places named after swans all over the world, and the swan in the surname also comes from this beautiful and white bird. 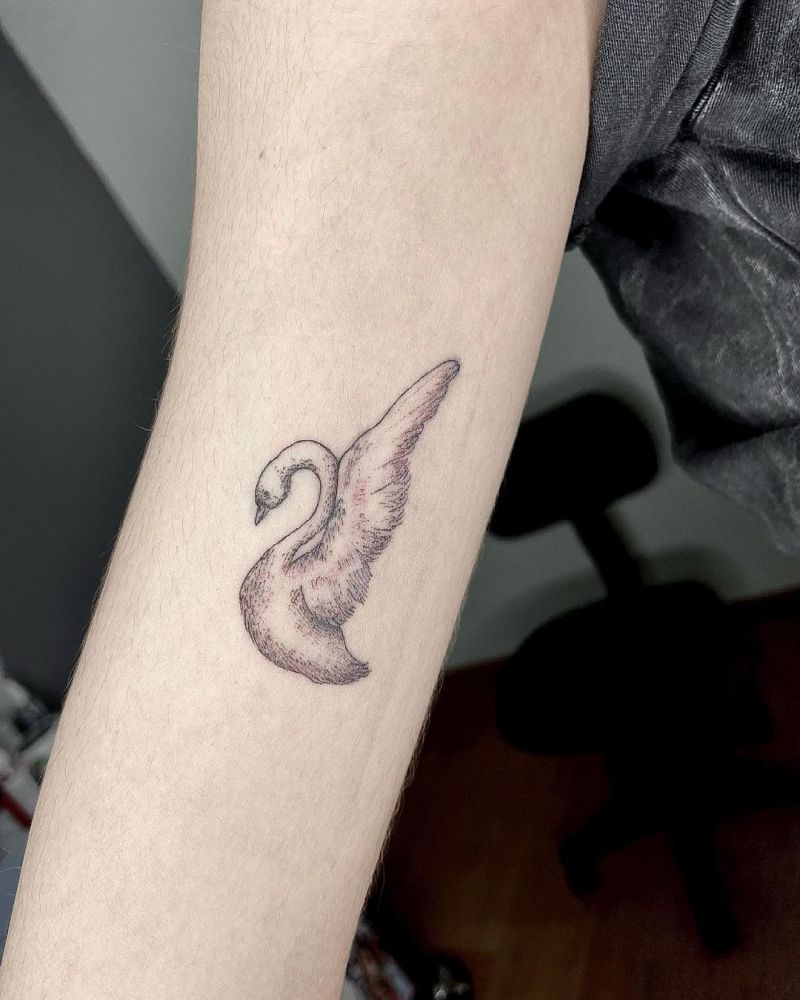