Tui is a bird endemic to New Zealand. The Tui bird likes to eat nectar, and its call is loud. It usually makes two clear calls, which can be heard from far away places. The Tui is very clever and can imitate human pronunciation like a parrot. Although the loud calls of Tui birds can often be heard in the forest, it is difficult to get close to them because of their sensitivity and activity. The mating season of New Zealand early spring from September to October is the active time of Tui bird. Tui bird was selected as the back design of old New Zealand banknotes.

Tui’s feathers are black, and its neck and wings are decorated with white feathers. But in fact, if you look closely at Tui, you’ll find that it’s a very beautiful bird with rainbow feathers on the back and side. Tui bird is a kind of relatively strong bird. They have short but wide wings and strong muscles, which make Tui bird able to quickly flap its wings and flexibly turn, climb and dive in their living space, with strong mobility. 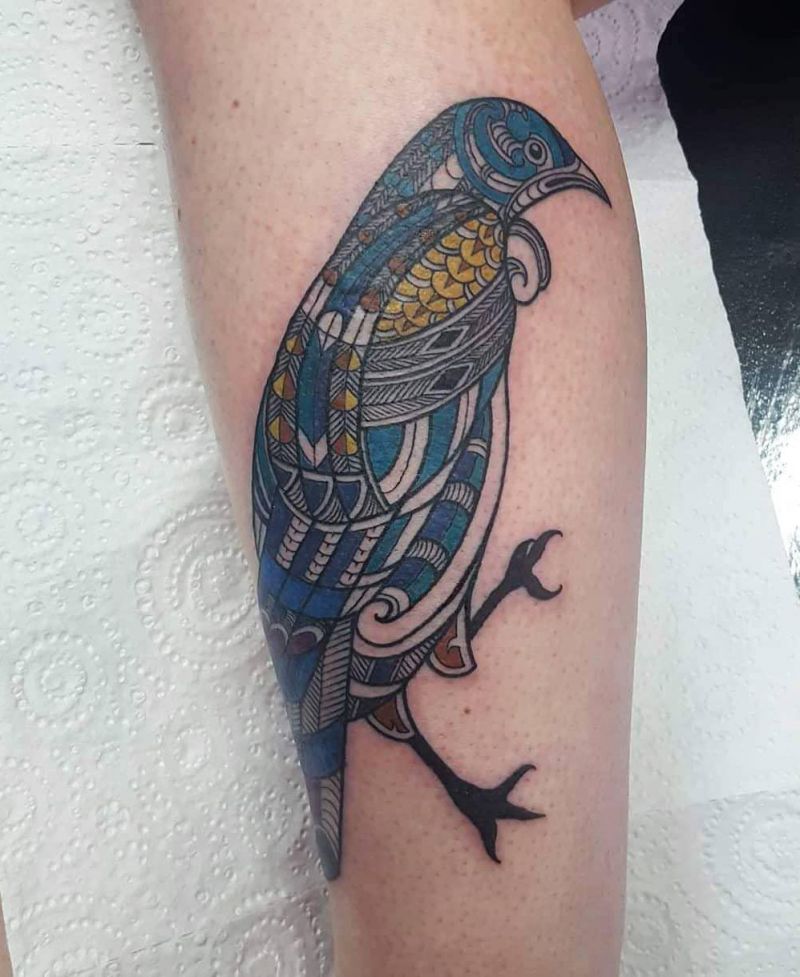