In life, we use umbrellas for many reasons, but they are mainly used for shelter from rain and shade. Umbrella is a very interesting tattoo design, which is a familiar design element all over the world. This tattoo is very popular with tattooers and has many interesting design possibilities. Umbrella is usually a symbol of protection around the world, but it has more meaning. Before you ink, you can learn more about the design and changes of umbrella tattoo and find an interesting tattoo idea and inspiration.

In traditional and modern culture, umbrellas have many representative meanings. In ancient times, umbrellas represented the friendship of wind and rain among friends, so umbrellas could be used as the theme of brother tattoos. Among lovers, umbrellas represented love and protection, and sheltered their lovers from the wind and rain. In the modern era of network culture, some people think that the umbrella between lovers represents separation. Of course, the meaning of umbrella tattoo depends on your understanding and view of umbrella tattoo.

In European and American countries, most umbrellas have beautiful meanings. In addition to protection, umbrellas also represent safety, travel, wealth and status. Umbrellas are the most basic needs and the oldest symbol. No matter where you go, you will need an umbrella, which is the meaning of safety and travel. In European and American countries, no matter what the weather, you will always see the upper class with umbrellas, so umbrellas also represent wealth and status. 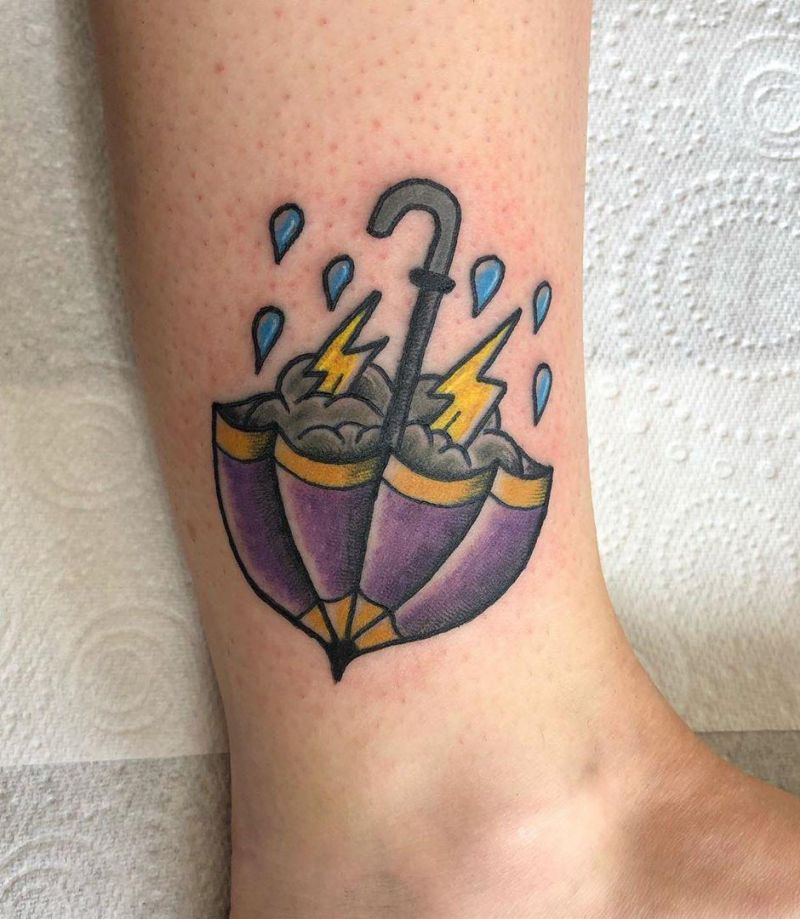