Goat Skull tattoo is a very cool tattoo. It has different meanings in different regions. In China, sheep is a symbol of auspiciousness; In Christianity, it is the representative of Satan on earth. Its blood can wash evil and is an unknown symbol. Sheep Skull tattoos are generally goat heads. Compared with weak sheep, brave goats are more loved by people.

In Europe and America, the Goat Skull also symbolizes chaos and lust. There are two reasons. One is that the goat skull tattoo symbolizes the pan God in Greek mythology. It is the God of the forest. It is very indulgent in lust and often leads the mountain banshees to play together, so it is considered to be very lustful. Another reason is that the goat itself is very lustful after estrus. Taken together, the goat skull tattoo is a symbol of chaos and lust. 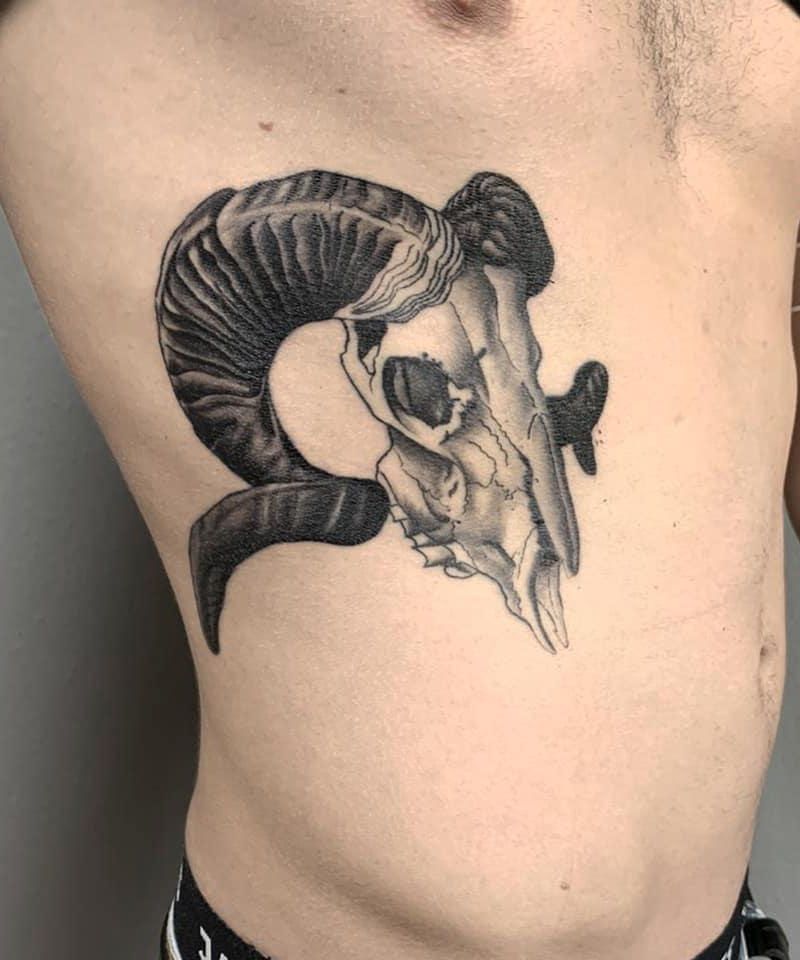