Angel fish tattoo means happiness and freedom. The angelfish originally lived in the Amazon River basin. It is a kind of tropical fish with high ornamental value. It is known as the queen of ornamental fish. The dorsal and ventral fins are very long, much like the wings spread by angels. The origin is the Amazon River in South America.

Although angelfish and butterfly fish are very similar in appearance, there is still the most obvious way to distinguish them. Angelfish has thorns on the gill cover, while butterfly fish does not. Generally speaking, angelfish is thicker, and its body is not oval. 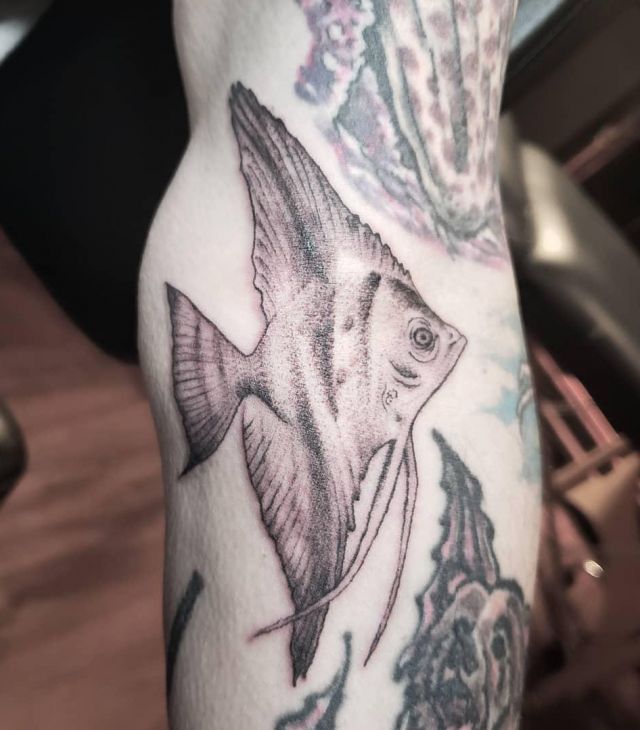 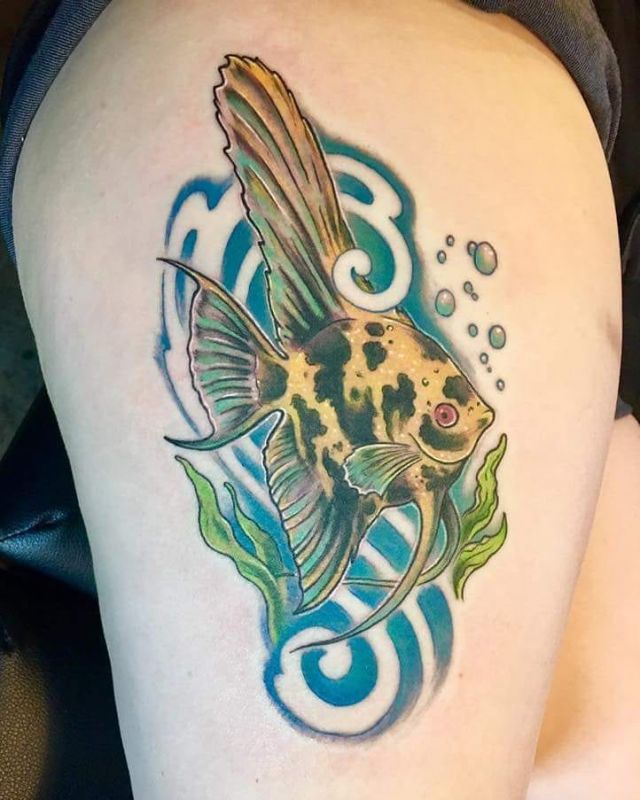 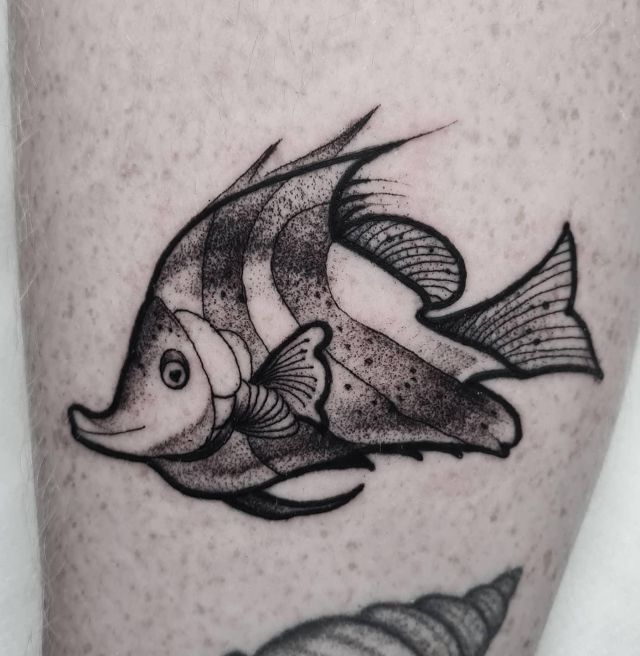 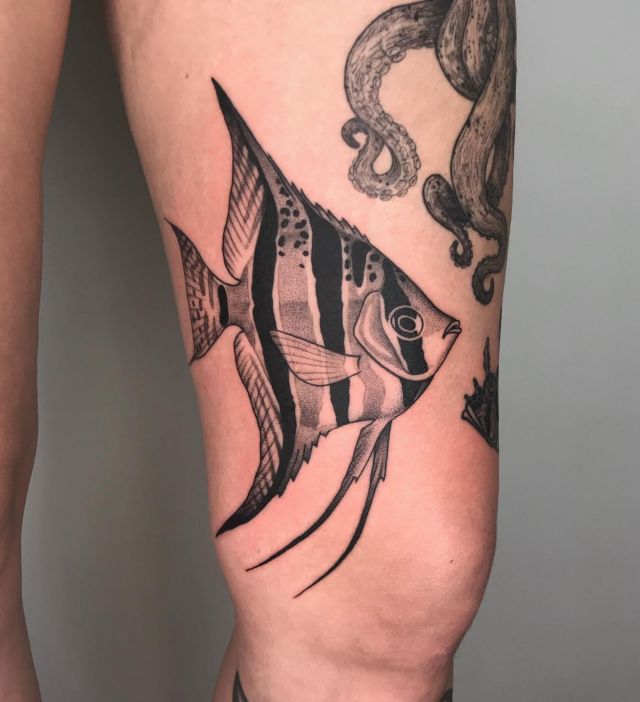 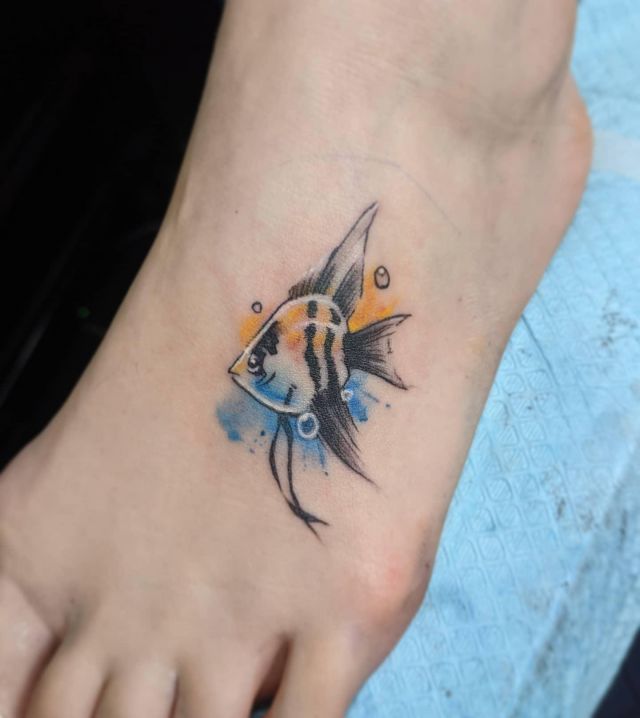 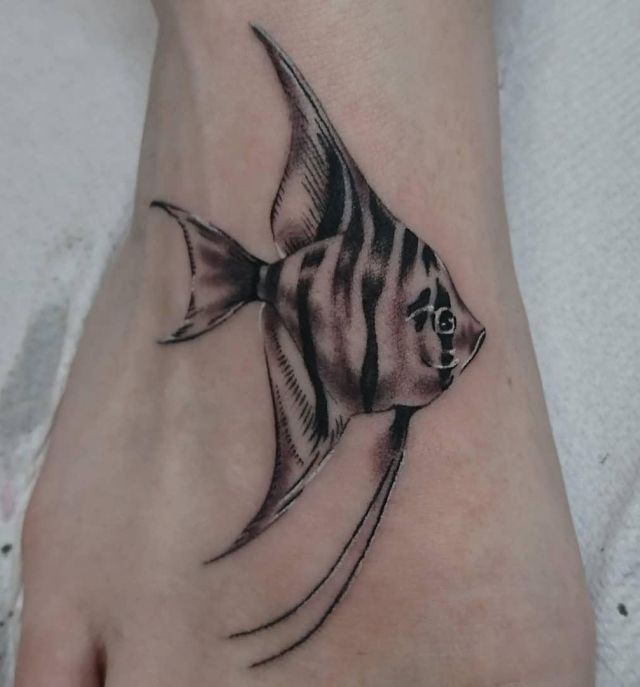 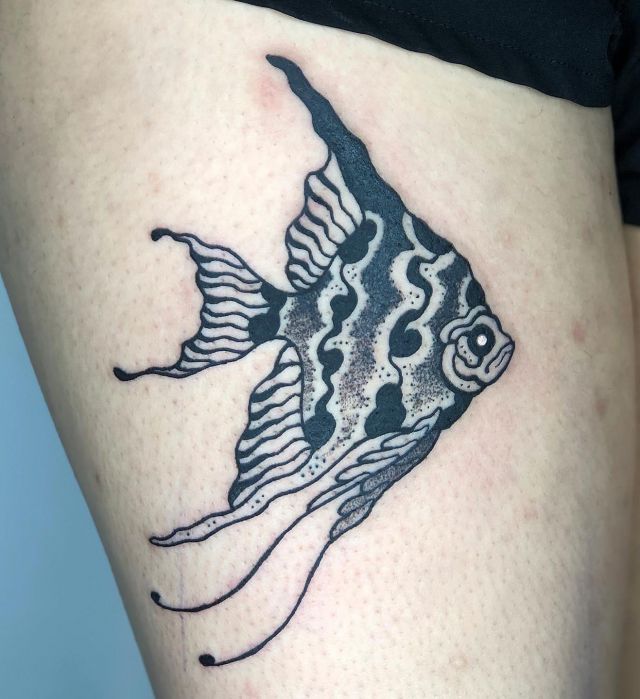 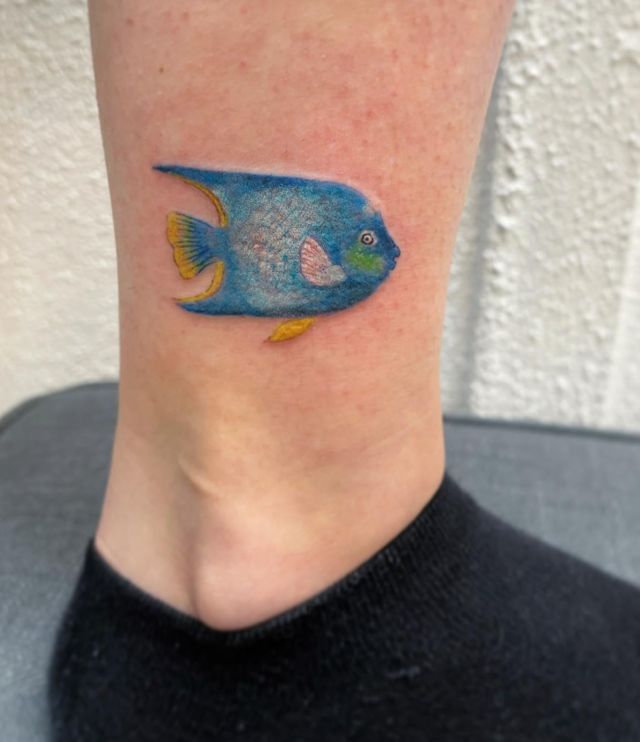 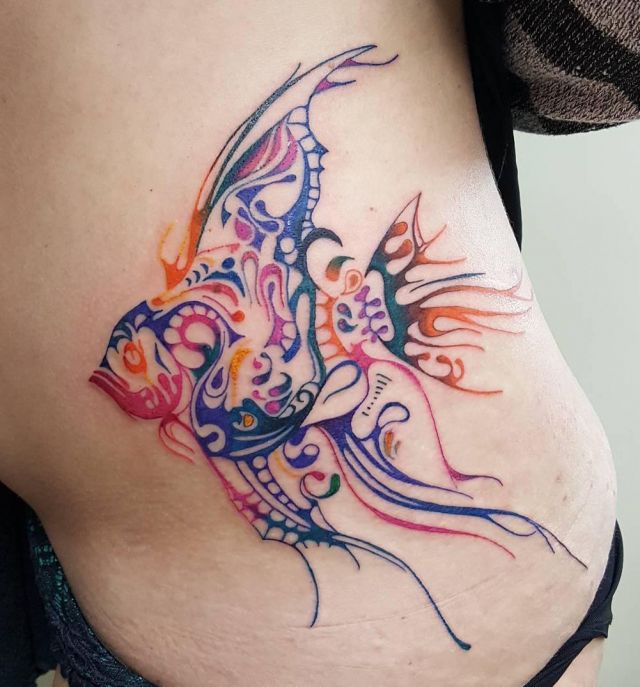 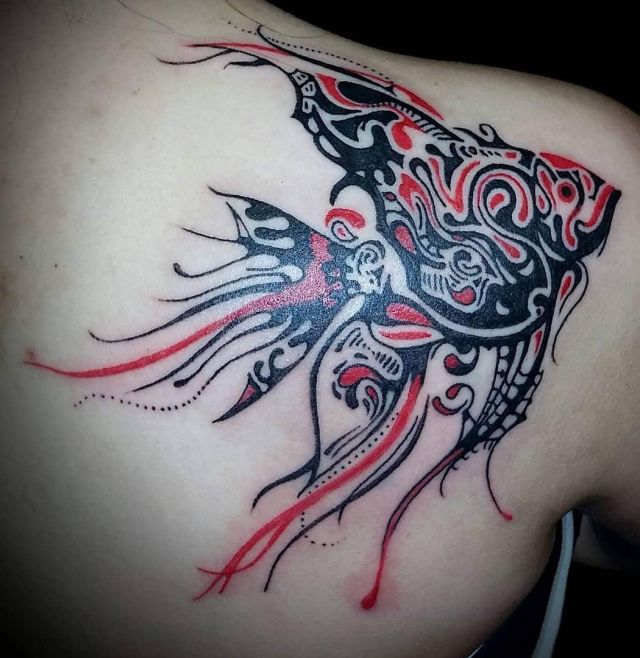 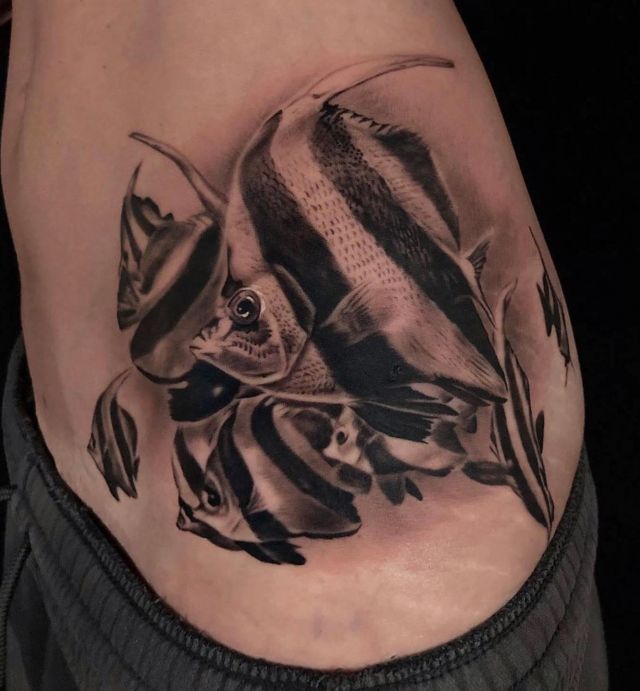 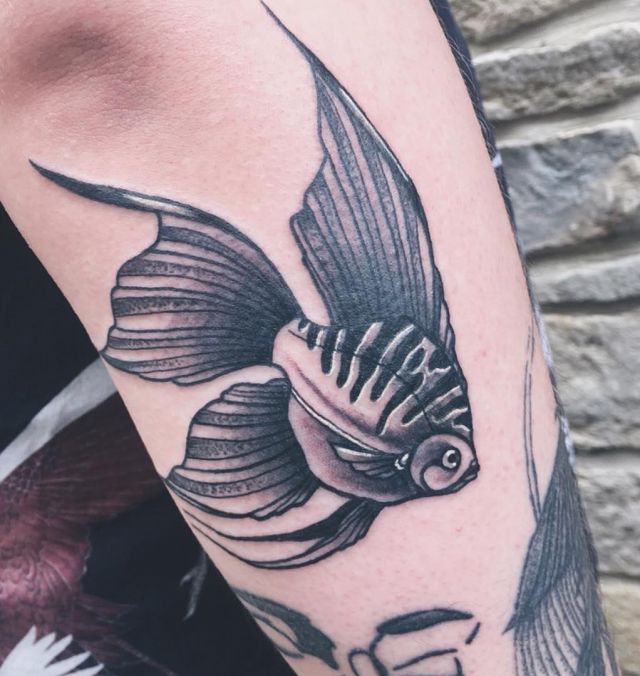 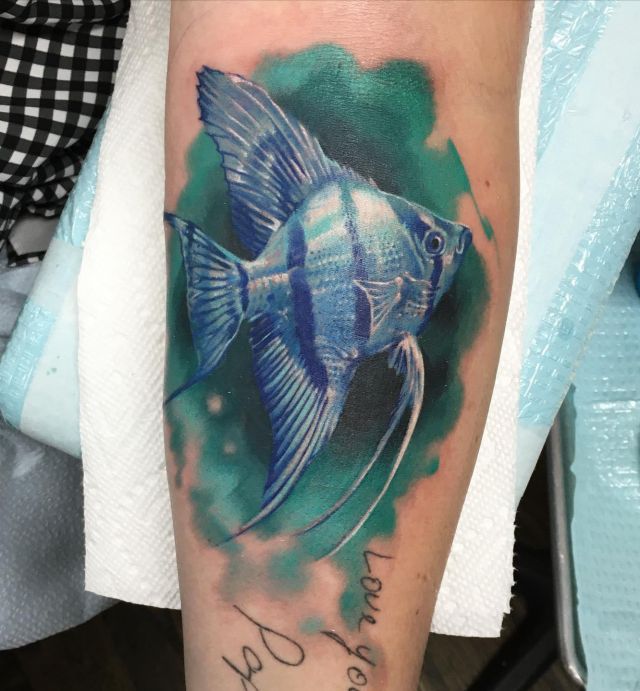