The meaning of Celtic Cross tattoo is knowledge, power and compassion. Celtic Cross is a symbol of a cross with a ring connected at the central intersection. In the early days, Celtic Cross usually refers to a stone tablet called high cross standing on the cube base. The ring in the stone tablet is a tool connected by strengthening limbs. The early high cross has a broad and simple front, and is engraved with many animal patterns; Later, the surface was engraved with inscriptions from poetry.

The Celtic Cross is usually made of stone. After the 15th century, except for a few unknown cases, the high cross with wheel shape was no longer made on Celtic land. Since the revival of Celtic culture, in addition to some more traditional religious symbols, Celtic Cross has also become a symbol of Celtic cultural identity. Alexander and eufemia rich, who worked on the island of Iona (Scotland) from 1899 to 1940, promoted the use of the Celtic Cross as an ornament. 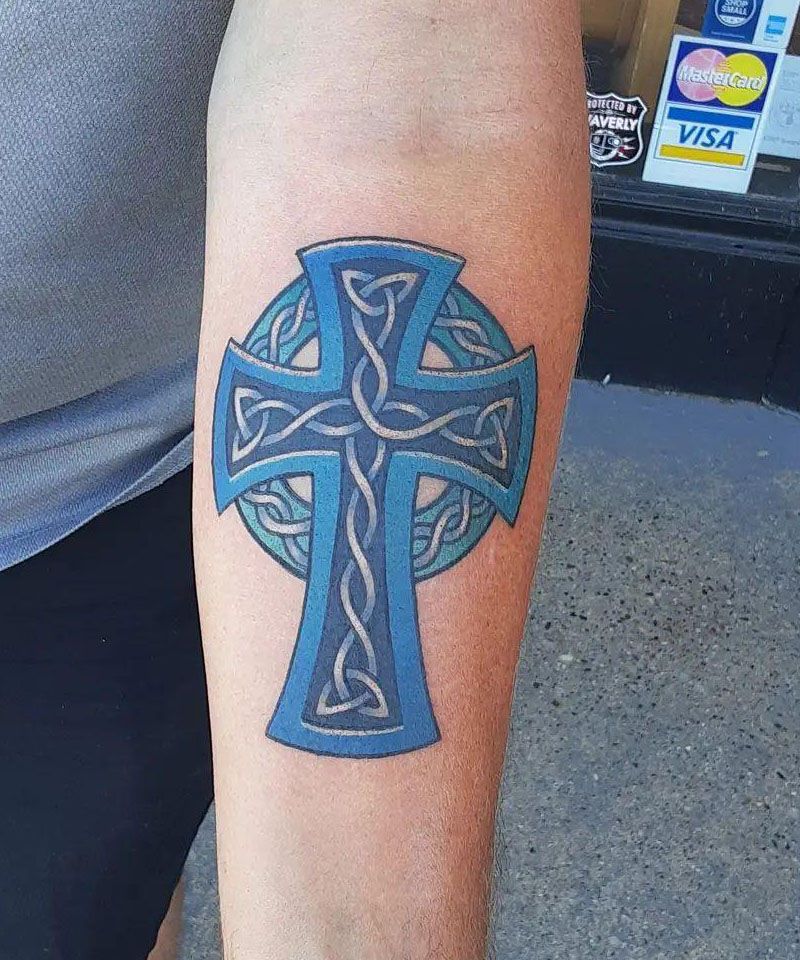