Corpse bride tattoo is the choice of many people in animation tattoo. Up to now, animation is no longer only for children. There are many types of animation suitable for all ages, such as “corpse bride” directed by Tim Burton. The style of this animated film is the same as that of his previous films, both with a strange but warm feeling.

What impressed me most in the film was the wedding between victor and Emily. Although it didn’t succeed in the end, Emily’s beauty remained in my heart forever. The scene of Emily sitting obliquely on the statue seemed to show us what she looked like before her death. She was still that proud girl. 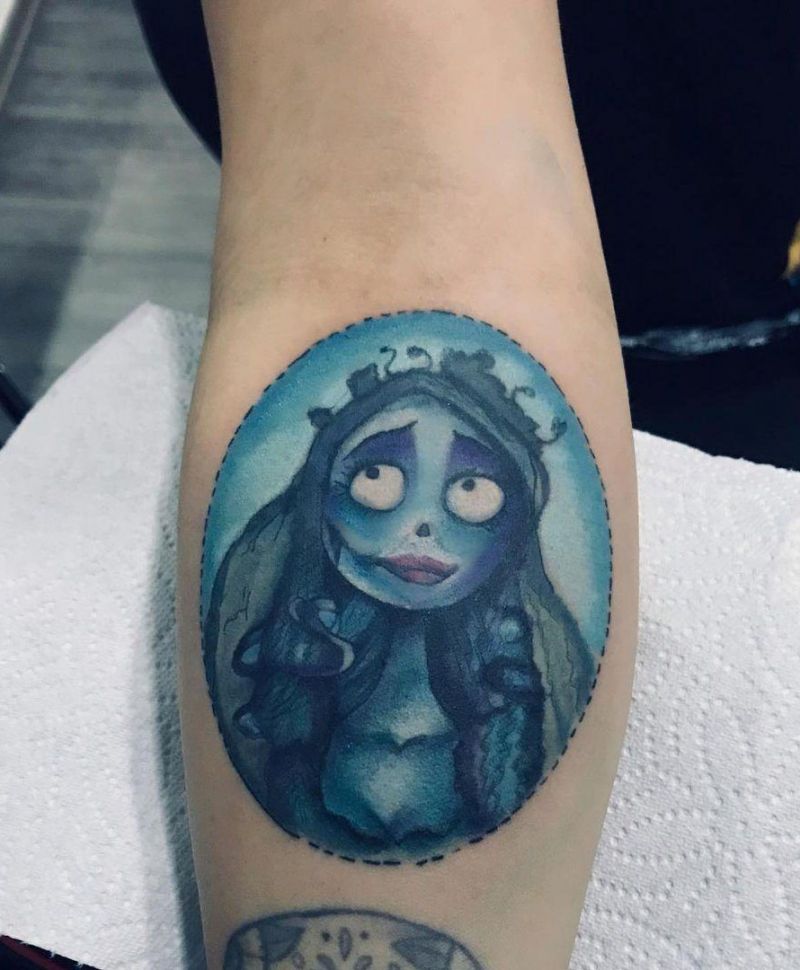