For the choice of crab tattoo pattern, the most is cancer tattoo, it represents its own constellation, very commemorative value. Crab is located in the vast starry sky, colorful, a symbol of cancer. For cancer tattoos, the crab can bring extra meaning, loyalty, contradiction, moodiness, which is the description of cancer.

In Japan, there is a kind of crab called grimace crab. It has a human like appearance on its back, which is very terrible. The local people think it is the incarnation of samurai, with the spirit of Bushido. In the tattoo, the shape of grimace crab gives people a very strange feeling, which makes people have a sense of awe. 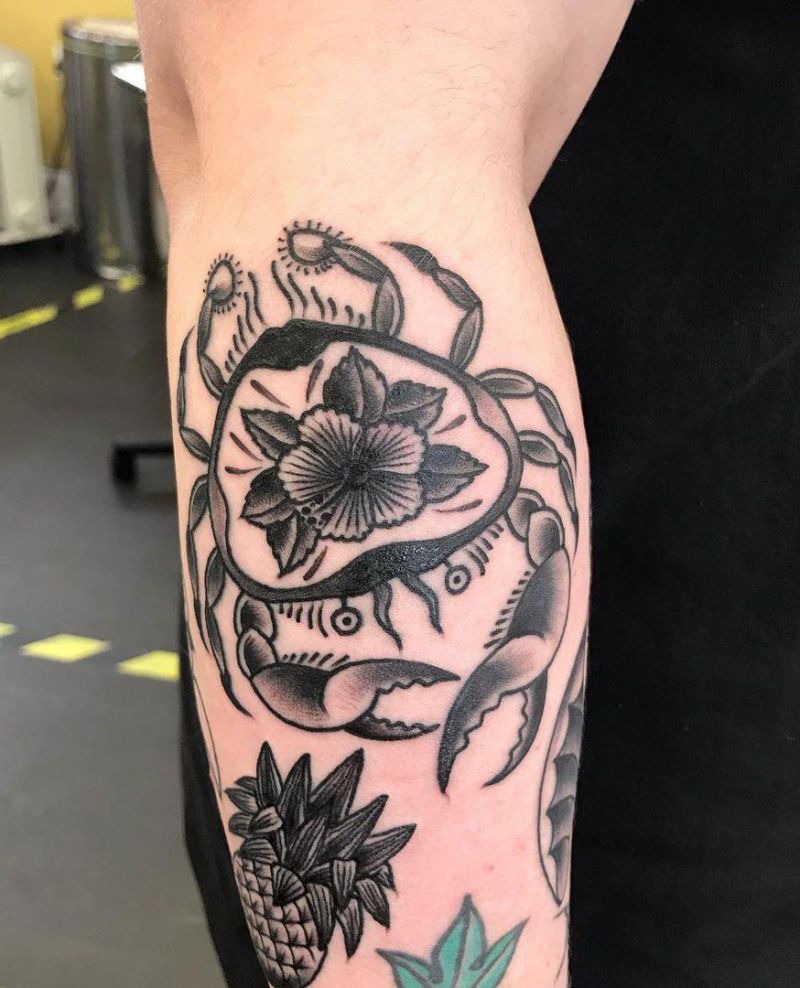