Frankenstein tattoo means terror and greed. Frankenstein was a gifted scientist. He wanted to create life like God. Therefore, despite the opposition of the University Professor, he left the University and went to an ancient castle on the mountain with his assistant to do human experiments. He found all kinds of human limbs from cemeteries and other places. He also stole a brain from the school laboratory and used it to create a human body.

For fear, Frankenstein’s fiancee Elizabeth went to the castle laboratory with her friends and school professors to find Frankenstein. It was on this stormy night that Frankenstein’s human experiment was completed – he used lightning to bring the body on the operating table to life. However, a few days later, the monster created by the scientist began to get out of control. He first killed the scientist’s assistant and then began to attack the professor and scientist. 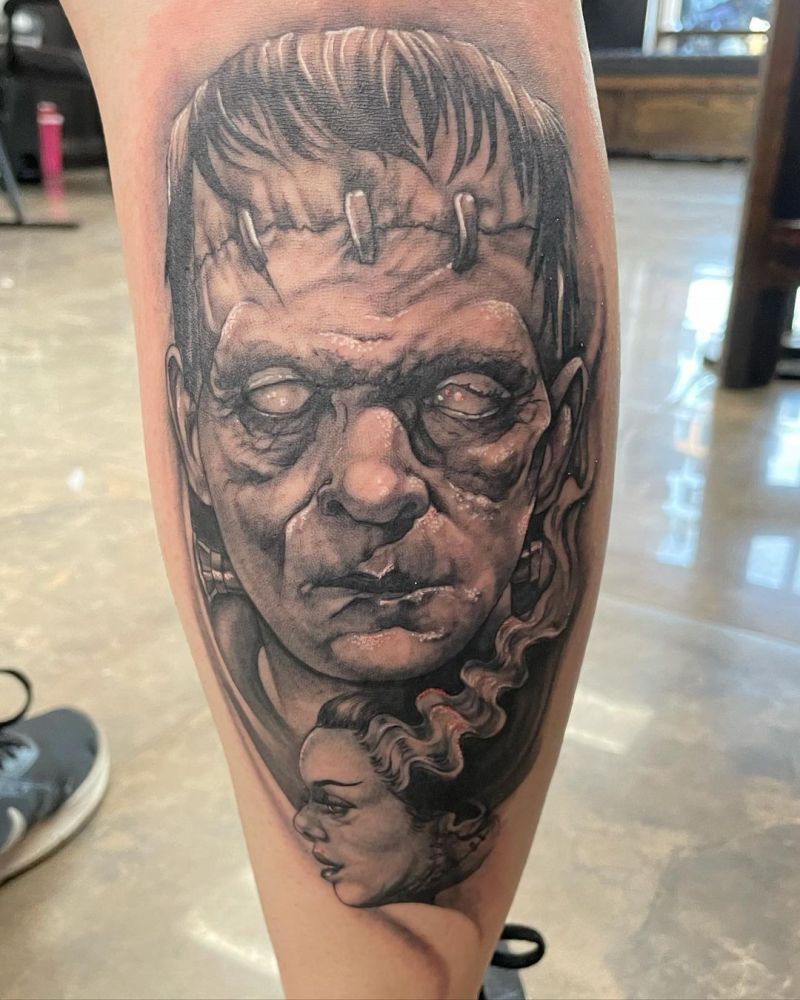