H. R. Giger, born in a middle-class family in the small Swiss town of Chur in February 1940, has been very interested in dark and strange things since childhood. I studied architecture and industrial design in Zurich when I was a university student. He began to engage in interior design in 1966 and his early paintings at the same time. He began his personal creation in Zurich before 1969 and published some posters. This period laid a unique style of his personal creation. In 1978, he began to do art guidance for the Hollywood series film “alien”, which is famous all over the world. He has been engaged in painting and sculpture in Zurich since 1990.

In human’s exploration of the unknowable field, some people dig into the depths of the stratum for ancient remains, hoping to get the Oracle’s announcement; Some people visit the boundless world to see the changes in the starry sky, hoping to find the answer to the fate of mankind. All this is getting closer and farther with the development of science. However, he let his imagination detour in two mysterious extremes. Through the exercise of nightmares, it flowed out of the rusty and dead metal and dropped on the cemetery of ghosts and enemies, sublimating into scenes of horror in which scientific and technological forces and evil spirits mingled. He is H.R. Giger, the father of alien. 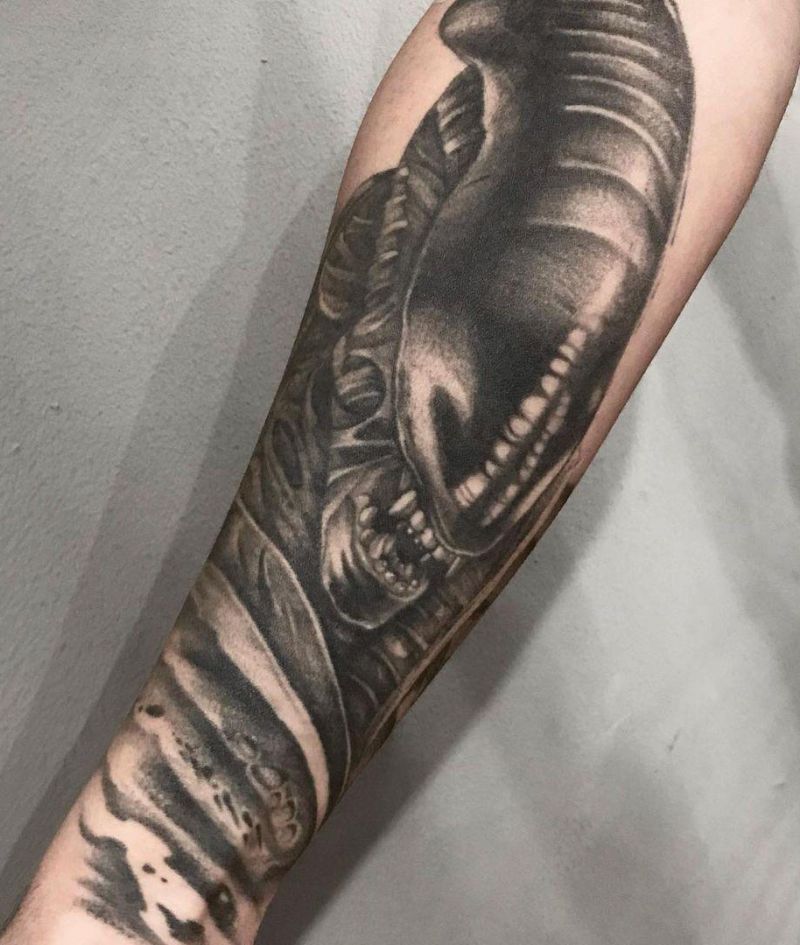