Godzilla tattoo means fear and protection. In the just released film Godzilla 2: the king of monsters, Godzilla appears as the hero of the earth’s Guardian God. However, in the close-up period when the image of “Godzilla” was just born in the last century, Godzilla was far from this image. The earliest Godzilla is the result of human misuse of nuclear energy. It is not only the embodiment of fear, but also the punishment of nature for human arrogance.

The initial setting of the first generation of Godzilla was that the legendary archaic creatures hidden in the underwater caves came ashore after being disturbed by the hydrogen bomb test explosion. In the mouth of the old people, in order to prevent Godzilla from causing disasters, there was the custom of sacrificing young girls. After being disturbed by the nuclear test, Godzilla, like the God of vengeance, destroyed the city and killed the people. The film used many scenes to express the panic and despair of the people. 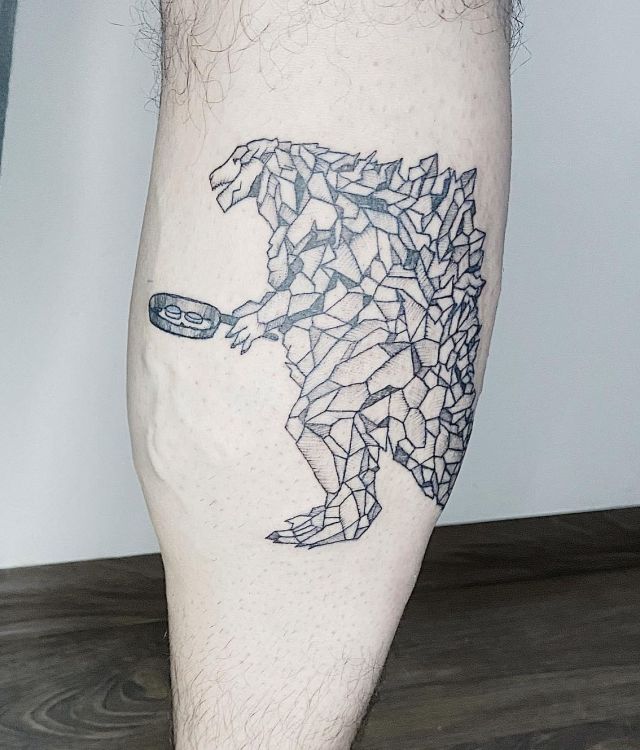