The Gorgon sisters are the three sisters of the Gorgon Banshee in Greek mythology. They live in the Far West and are the daughter of the sea god fulkus. Their heads and necks are covered with scales, their hair is a creeping poisonous snake, with wild boar tusks, a pair of iron hands and gold wings. Anyone who sees them will immediately turn into stone.

Perseus, the son of Zeus, knew the secret, so he turned his back, used a bright shield as a mirror, found Medusa, and cut off her head with the help of Athena and Hermes. From Medusa’s body jumped the winged Pegasus and the giant krysaol, both descendants of Poseidon.

While avoiding the pursuit of Medusa’s two sisters, Perseus encountered a strong wind in the air and was blown to the left and right. The blood dripping from Medusa’s head fell into the Libyan Desert and became a poisonous snake. 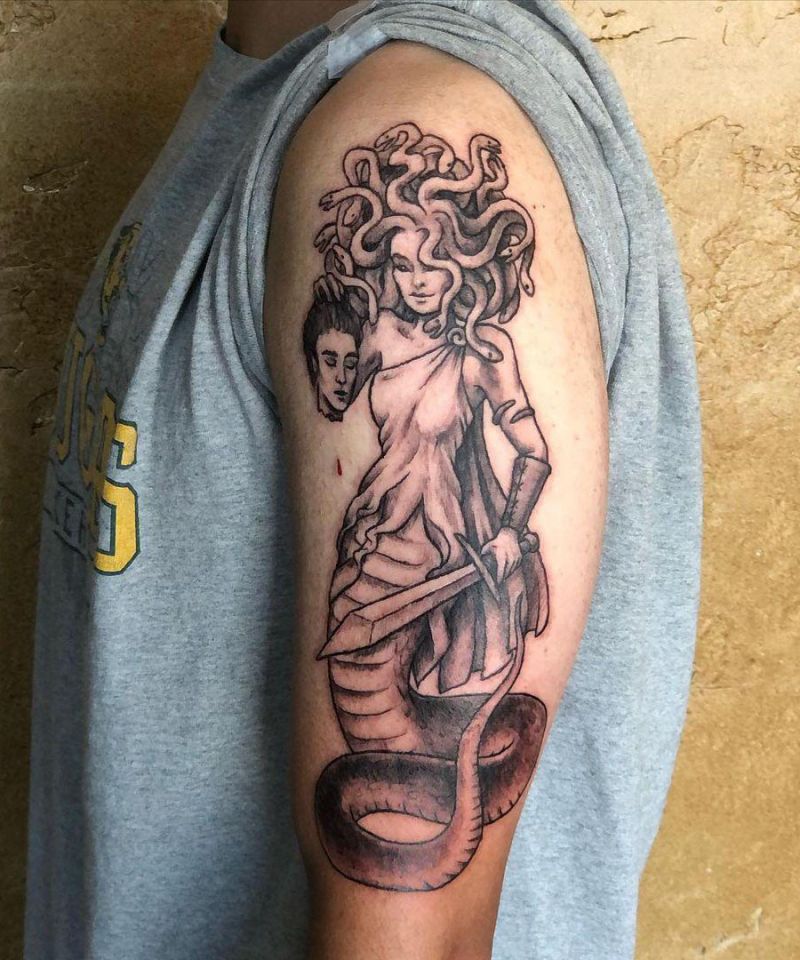