The skull tattoo represents the fearless spirit, just as the pirates like to use the skeleton as a flag, not only for fear, but also to flaunt their fearless pursuit of exploring the unknown field and their fighting spirit of never giving up hope until the last moment. Half Skull tattoos are often combined with eyes, crowns, flowers and other elements, with a mysterious atmosphere. 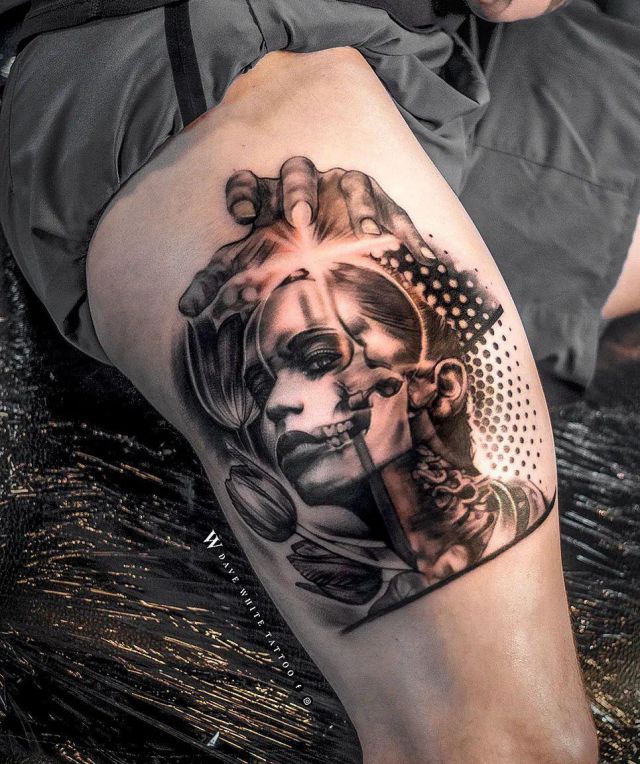