Matryoshka is a traditional handicraft product in Russia and one of the products with the most national characteristics in Russia. Both tourists traveling to Russia and local Russians are full of love for this beautiful, lovely and interesting wooden toy (doll). They either take it as a handwritten letter to their relatives and friends, or put it at home to enjoy it.

Matryoshka is usually composed of a group of five to more than a dozen hollow wooden dolls with the same pattern. These dolls are smaller than each other from large to small. Because they are hollow, the largest wooden doll can cover the second largest wooden doll, and the second largest can cover the one slightly smaller than it. By analogy, all dolls were finally sleeved in wooden dolls one size larger than it. In other words, if you buy a Matryoshka, then on the surface, you are holding only the largest doll.

Matryoshka tattoo means fertility. Matryona, a woman’s name commonly used in early Russian rural areas, has the Latin origin of mater “mother”, so it has the meaning of fertility. But later, it was also made of the characters in fairy tales. In recent years, Gorbachev’s image was also made into a doll set. Later, it developed to Brezhnev, Khrushchev, Stalin and even Lenin. 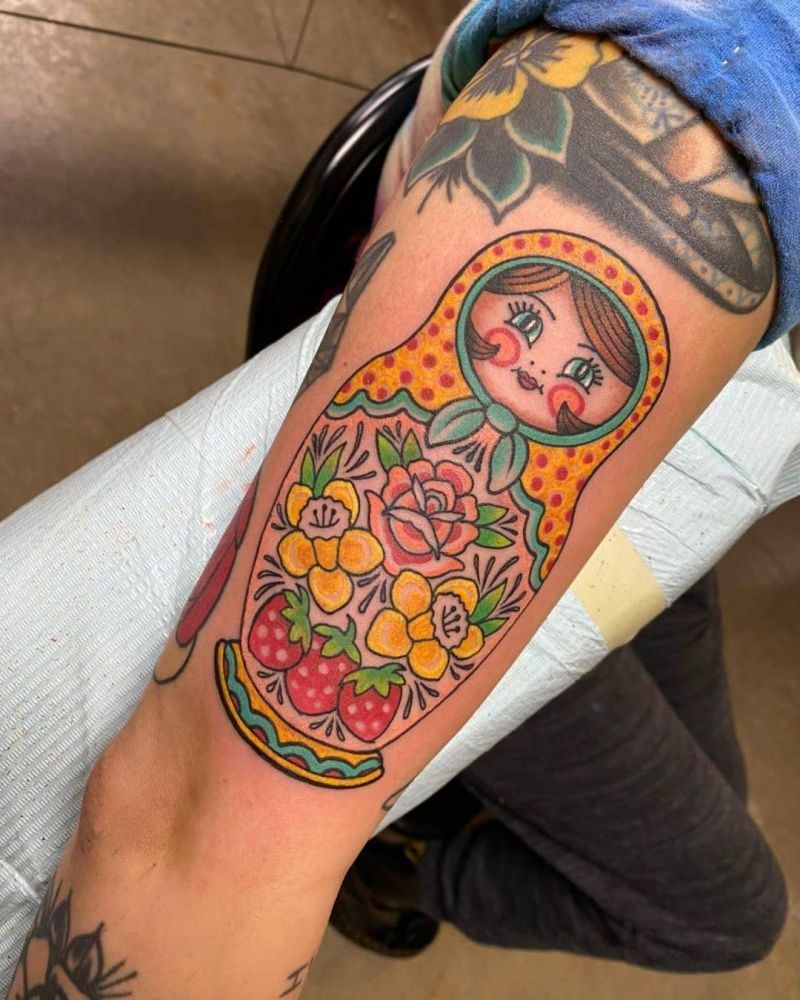