Neuron tattoo is the favorite tattoo for people who love biology. Neurons are like a fine art, which is deeply sought after by tattooers. Neuron is a highly differentiated cell, which is one of the basic structural and functional units of the nervous system. It has the function of sensing stimulation and conducting excitation. 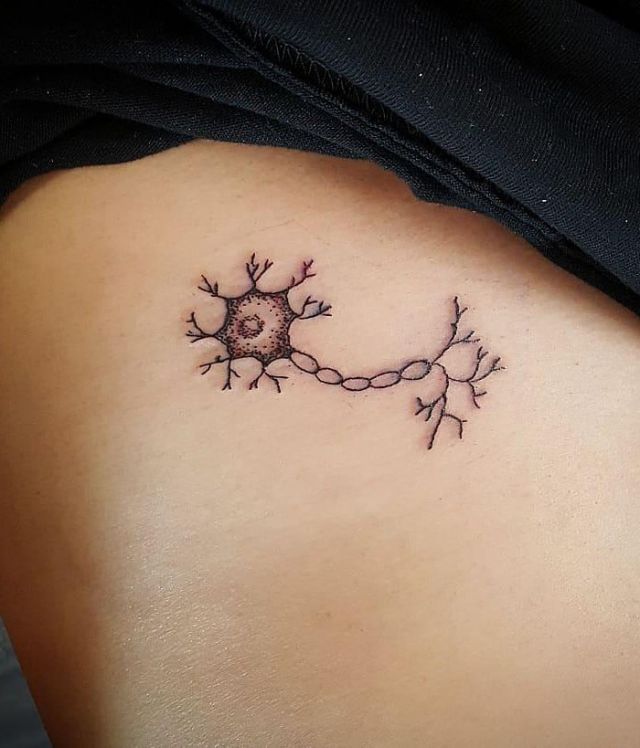