Ancient Chinese called “plum, orchid, bamboo and chrysanthemum” the four gentlemen in flowers to express their elegant morality. As one of the traditional famous flowers in China, orchid is famous for its white flowers and elegant fragrance, which is very in line with the aesthetics of Oriental people. Plant tattoos often give people the illusion of girls’ exclusive tattoos. In Chinese traditional culture, orchids are not only suitable for girls, but also very suitable for boys. It is a good choice to use orchid tattoo to express the moral character you want to have.

The orchid we usually call is Chinese orchid in the world. Compared with other orchids growing in the tropics, it has no gorgeous colors and huge flowers. It is like a literati who does not compete and rob. It is quietly established there and blooms only for people who understand its unique charm.

In ancient times, men used orchids to symbolize that they were a gentleman. It was regarded as a symbol of purity, elegance, patriotism and perseverance. In many classical buildings, we can see the texture of orchids. This is a way for the ancients to decorate houses and express their elegant morality. Now we can also use orchid tattoos to express the same meaning. 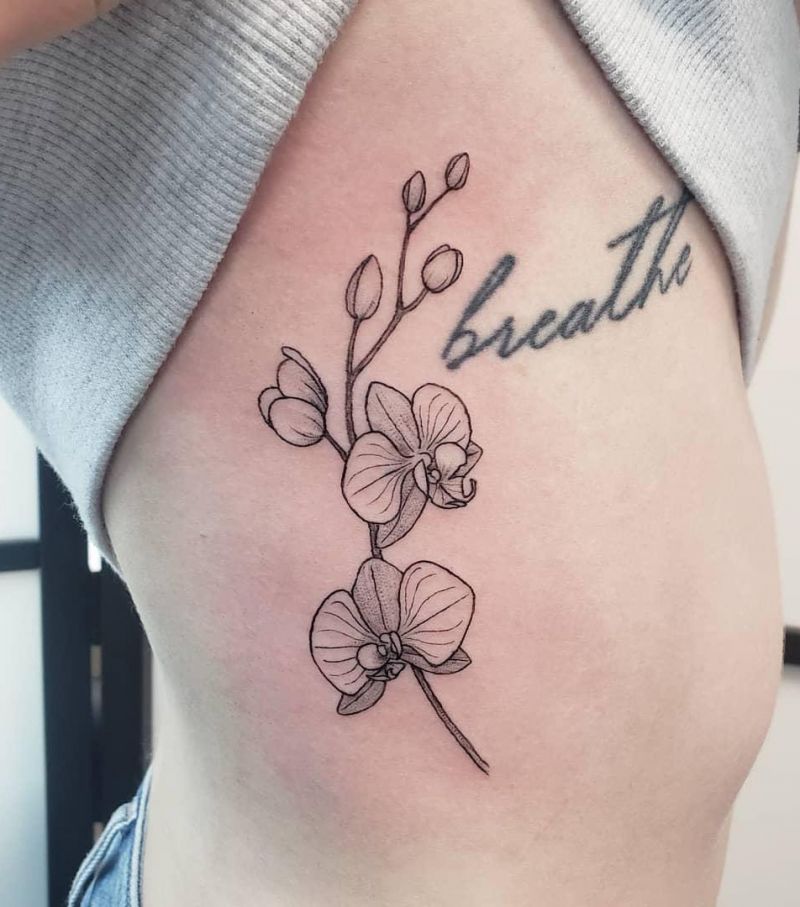