Peacock body beautiful, mouth Dan Xuan eyes, thin neck breast augmentation, known as the king of birds. Peacocks can be divided into male and female. The male Finch, with a tail length of three feet, once in full bloom, is brilliant, colorful and eye-catching. Peacock is one of the most popular tattoo materials among tattoo lovers. What is the meaning of peacock tattoo?

Peacock open screen, brilliant, extremely beautiful. On the ancient court hall, the official's robe is the third grade, and the official's Buzi in front of the chest is the peacock. Sanpin, on the top of the court hall, has already entered the palace. Therefore, one of the moral of peacock tattoo is a symbol of bright future and prosperous official (workplace) fortune. In Greek mythology, the peacock symbolizes Hera. In China and Japan, peacocks are seen as beautiful and talented.

For Buddhists and Hindus, peacocks are sacred. They are the incarnation of Phoenix in myth, symbolizing the combination of yin and Yang and harmonious female appearance. It is often described that the Buddha riding a peacock in Kaiping is just like a bird swallowing a small snake and other pests. The Buddha steps over his fairy bird to relieve human disasters. At the same time, peacock coverings have long been used as Hindu and Buddhist decorations. 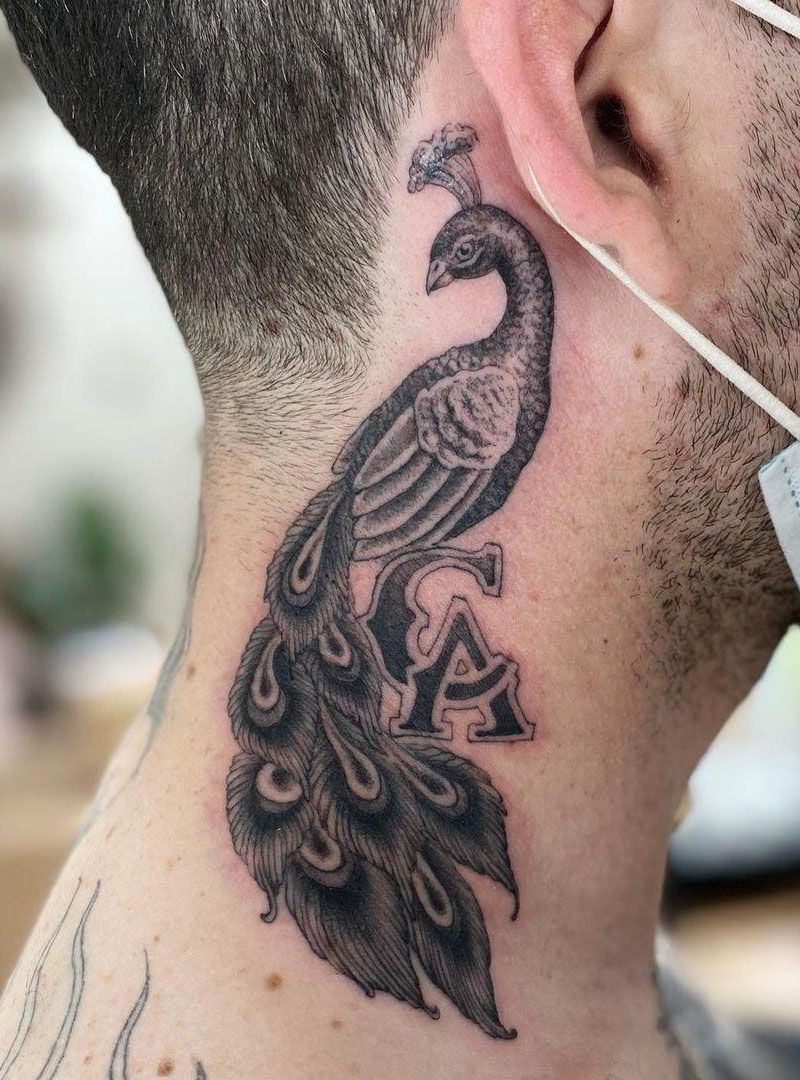