Poppy flowers are beautiful but deadly. Once you fall in love with them, you will be happy at first, and then you will pay a heavy price. ” Poppy tattoo has become a hot material, so why do they put poppy pattern on their bodies? Because of the excessive beauty and coquettishness of poppy, the temptation to people is great, so people who choose poppy tattoo hope to use poppy tattoo to remind themselves to have self-control in the face of temptation. Although poppies are beautiful, drugs can never be touched.

Millions of soldiers fell here in the Flemish area where the poppy was in full bloom, and the poppy was still in full bloom there. Later, from the last Friday of October to the Veterans’ day of November 11, the poppy logo was distributed to the public. People wore it close to the heart to express their mourning for those who died for their country. So poppy is regarded as “the flower of remembrance”.

Poppy itself does not have any fragrance, does not have all the characteristics of seduction, in fact, the temptation is not only its charming coat, but also its dependence. It is illegal to grow opium poppy in many countries. We like the beauty of opium poppy. We can tattoo it on our bodies. 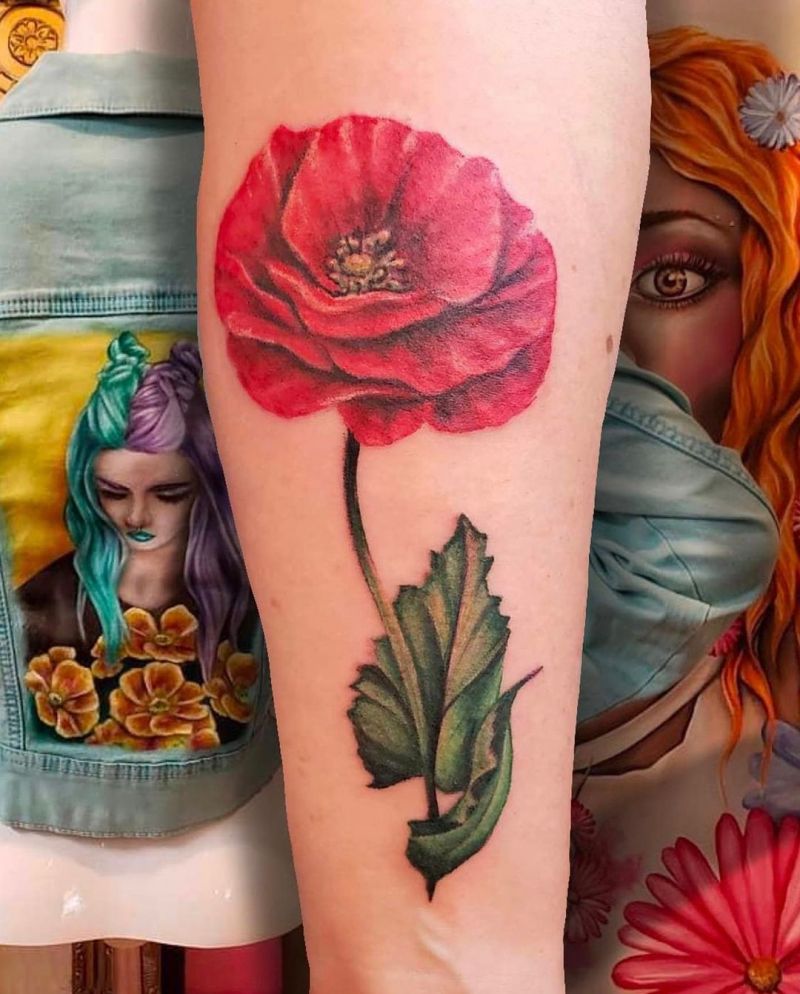