RoboCop tattoo means technology and justice. “RoboCop” is a Hollywood film that is quite successful in film vision and narrative art. It successfully pushes a brand-new hero onto the film stage. The shape of the mechanical warfare police is very brilliant. The film is interspersed with high-tech news reports and advertisements, which vividly shows the post-modern future world scene.

Murphy is a police officer who was transferred to Detroit, where violent cases occur frequently. During a police operation, he was ambushed by a group of thugs, and was seriously injured. He was on the verge of death. His body was transformed into a robot by an urban development company, and he became a super grade police officer with super fighting power. After the transformation, Murphy still has the memories of the past. In order to revenge, he decided to shovel the evil and eliminate the evil and find out the behind the scenes. 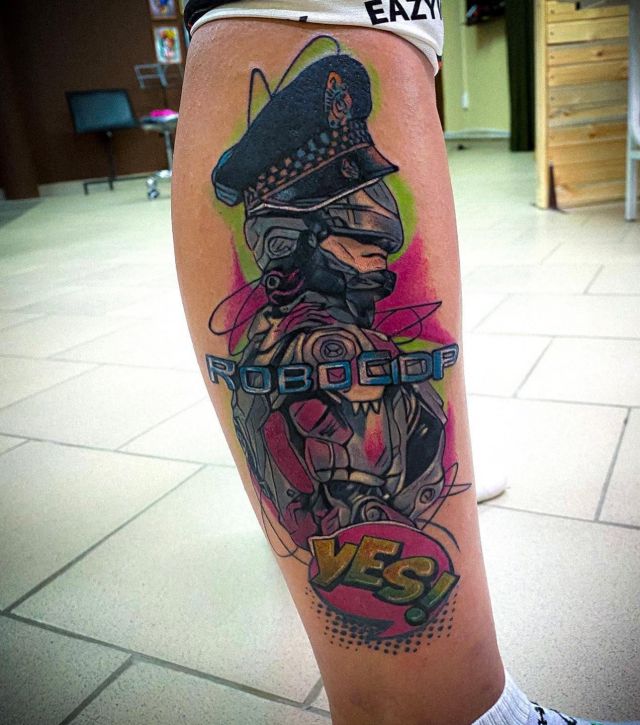