The meaning of rock climbing tattoo is to challenge the limit. Rock climbing is an upward climbing sport on natural or artificial rock walls, which is usually classified as extreme sport. Rock climbing requires people to complete thrilling actions such as turning, pulling up, moving and even jumping on rock walls at various heights and angles. It integrates fitness, entertainment and competition, and is called “ballet on cliffs”. 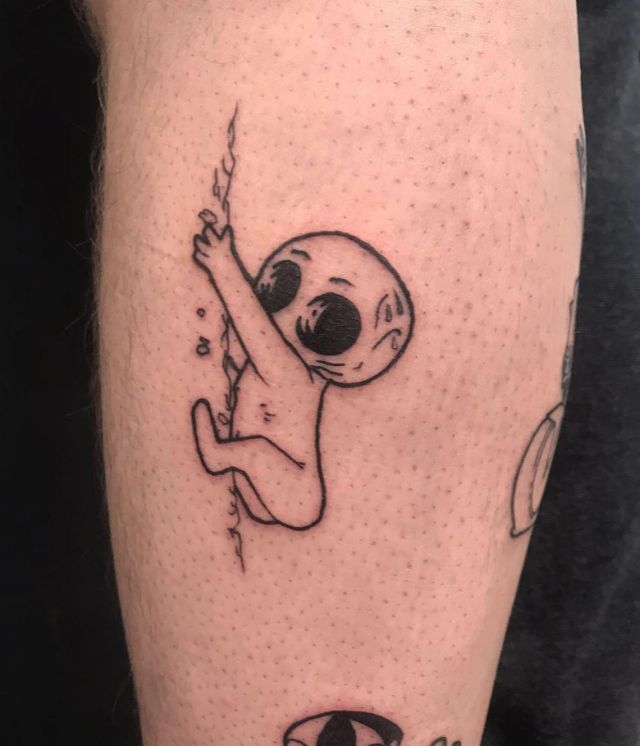