This is a large marine carnivorous fish, it has a formidable lethal weapon, also has one of the fastest moving speed on earth, they are at the top of the marine food chain like sharks. It is the sailfish that you often see on the Internet but don’t know much about.

Many people can’t tell the difference between sailfish and swordfish. They belong to Perciformes. Sailfish is a species of swordfish and swordfish is a species of swordfish. They are similar in appearance, with a long sharp snout, but they are different when you look at them carefully. When the dorsal fin of sailfish is erect, it looks like a raised sail, and it looks like pulling a flag, so people call it sailfish. 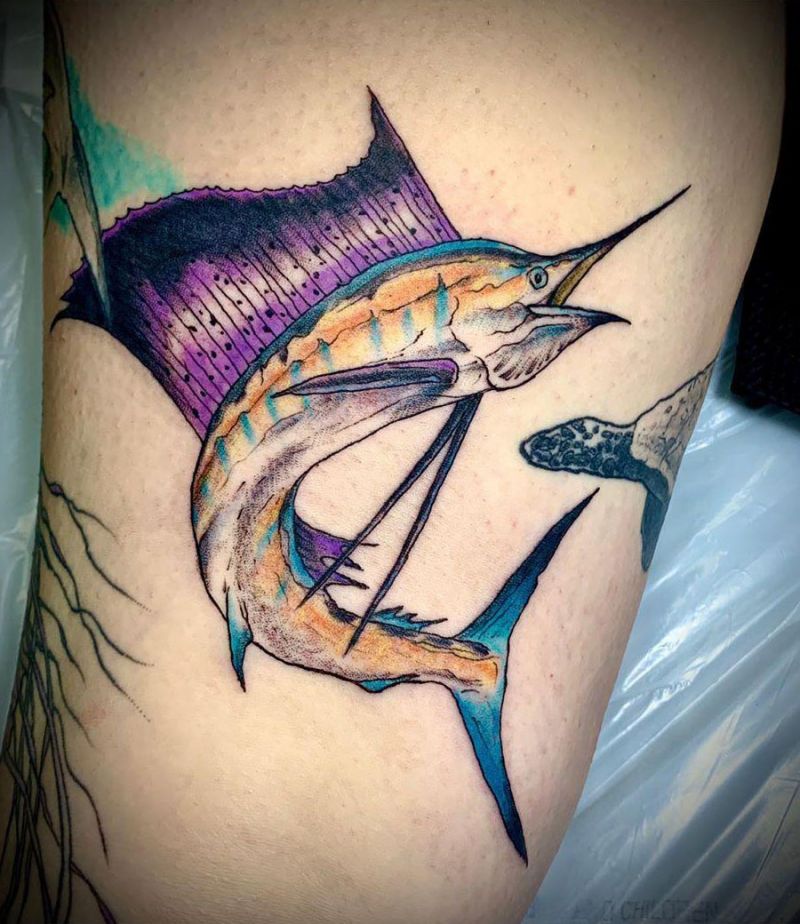