Saint Michael is the same God as Sirius in Egyptian mythology. Therefore, Saint Michael had more Yin Qi of the guide of the underworld. In Greek mythology, Michael’s corresponding gods are Hermes or Apollo, and the corresponding Greek letters are alpha representing “beginning” and “rebirth”. Therefore, Michael is actually the guide of the dead and the archangel guarding the light.

In Christian Paintings and sculptures, Saint Michael often appears as a young man with long blond hair, holding a Red Cross (or Red Cross sword) to fight the dragon or standing on the dragon. The Dragon here is Satan. The Red Cross was originally a keepsake for England to protect the holy George, but from the middle ages, Michael gradually mixed with St George, and Michael became the guardian angel of England. The English flag is based on Michael St. George’s Red Cross. 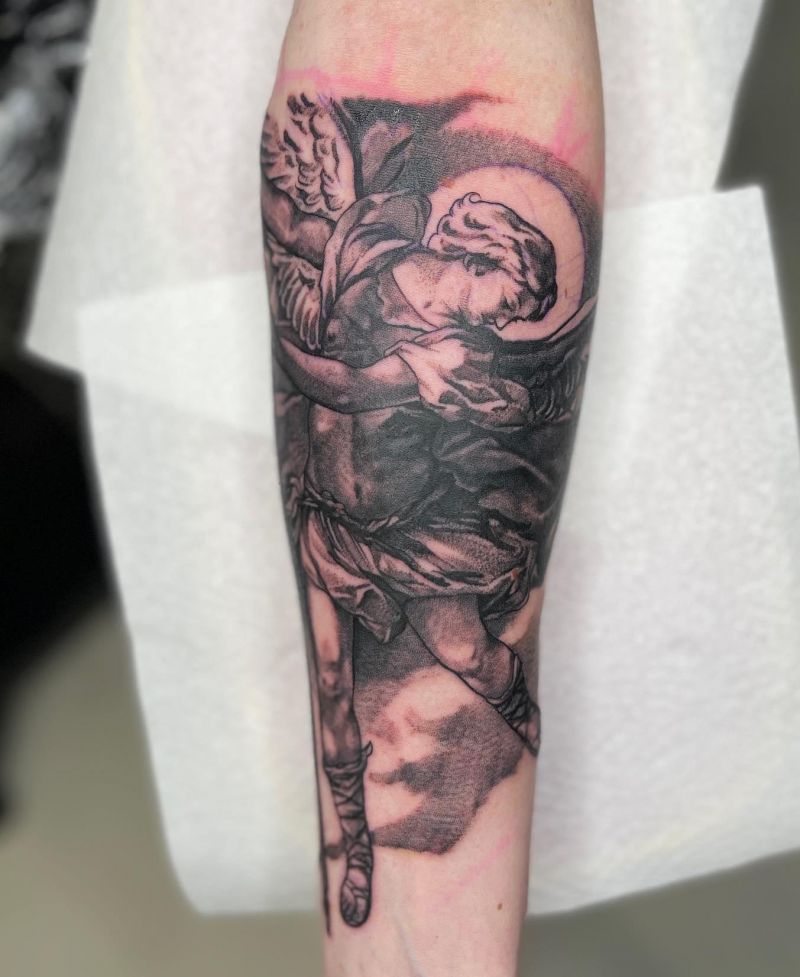