The meaning of sandwich tattoo is simple happiness. Sandwich is the most common Western-style simple meal. It is generally made of two pieces of bread with several pieces of meat and cheese and various spices. It is easy to eat and widely popular in western countries. Because it is a simple, nutritious and convenient combination food, it is welcomed by more and more people.

For the British, sandwiches are not only bread and meat, but also food. They are the symbol of a better life, carrying the satisfaction and treasure of the British people for ordinary life. If you lose a sandwich, the British will feel very disappointed. 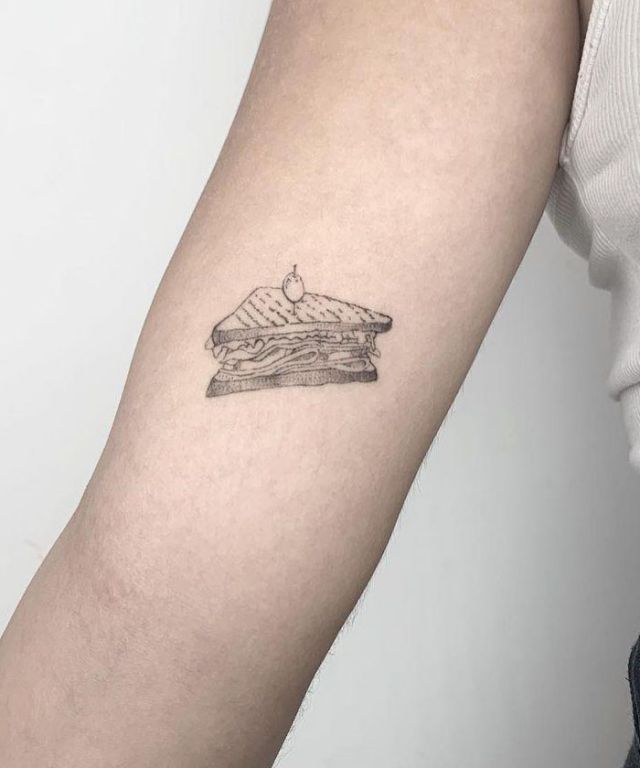